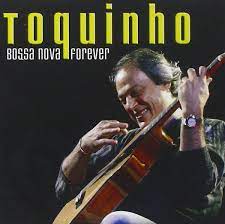 BOSSA NOVA IN THE CAVES by Norman Warwick

Bossa Nova began on the tropical beaches of Rio de Janeiro in the late 1950s, when a small group of mainly middle-class students, artists and musicians came together to create a new sound. Bossa Nova was a soft samba based on traditional Brazilian music and rhythms, American jazz, and a new style of Portuguese lyrics. It was a youthful celebration of romance, beach culture and sensual pleasure.

While there was a concurrent scene in São Paulo, picturesque Rio de Janeiro is Bossa Nova’s natural home. Quieter beach-inspired sounds were combined with jazz in Rio’s thriving nightclubs; ‘Bottles Bar’ was the most famous of these small, sweaty venues.

According to legend, Bossa Nova was ‘discovered’ in one of these clubs by an American A&R man on holiday, when he saw Tom Jobim and João Gilberto playing. Other stories relate that it was US jazz-men jamming with locals who made the original connections.

Whatever happened in Rio, Americans latched onto Brazil’s ‘New Beat’. In 1962, there was a concert at New York’s Carnegie Hall and the Bossa Nova craze had arrived. In 1964, American Stan Getz recorded ‘The Girl from Ipanema’ with João Gilberto and his wife Astrud on vocals, along with Tom Jobim, the song’s co-composer, on piano.

The album Getz/Gilberto spent 96 weeks in the US charts and ‘The Girl from Ipanema’ would become the world’s second most played song behind the Beatles’ ‘Yesterday’.

The Brazilian singer and guitarist Antônio Pecci Filho, better known as Toquinho, has long enjoyed an affinity with Bossa Nova music. He celebrated the anniversary of his 55-year career during his 2022 tour, which brought him to the Jameos del Agua Auditorium. Well-known for his collaborations with Vinicius de Moraes, either as a songwriter or a performer, he keeps recording albums and playing music all around the world.

Toquinho was born in Sao Paulo. His parents were Italian immigrants and he is of Cantabrian descent on his father’s side. When he was 14, he learned to play guitar with Paulinho Nogueira and kept studying harmony along with Edgar Gianulo, classic guitar with Isaias Sávio and orchestration with Léo Peracchi. He also met Oscar Castro-Neves and studied with him.

The professional career of Toquinho began during the nineteen sixties thanks to the shows promoted by the radio star Walter Silva in the famous Paramount theatre of Sao Paulo. He composed his first song, “Lua Cheja” (full moon), with Chico Buarque. His first great success “Que Maravilha” was written in 1970 alongside Jorge Benjor.

The same year, the co-writer of the worldwide successful song “Garota de Ipanema” Vinicius de Moraes invited him to participate in a series of concerts in Buenos Aires. Their strong partnership lasted 11 years and resulted in the creation of 120 songs, 25 albums and more than a thousand shows.

After Vinicius de Moraes died in 1980, Toquinho pursued his career alone. He often performed with other talented musicians such as Paulinho da Viola, Danilo Caymmi, Paulinho Nogueira, and Chico Buarque.

Throughout his career, Toquinho (left) has always composed for children and has released five albums for youngsters, including Arca de Noé (1980) with Vinicius de Moraes, and Casa de brinquedos (1983).

Antônio Pecci Filho, better known as Toquinho, was born July 6, 1946 in Sao Paulo, Brazil. He began playing guitar at 14 and used the nickname his mother had given him,

It was at Buarque’s home where he met Vinicius de Moraes and the renowned poet was very impressed with the young guitarist. Vinicius said: “I have collaborated with excellent musicians like Tom Jobim, but I am petrified with my new colleague: Toquinho is extremely versatile. He performs a waltz like a samba; he is a prodigious person who manages to communicate with all means”.

In 2012, Toquinho received the The Latin Recording Academy’s Lifetime Achievement Award. In a statement, the Latin Recording Academy said: “Renowned Brazilian composer, singer and guitarist Toquinho is the true definition of a musical prodigy. Considered a pioneer of the música popular Brasileira (popular Brazilian music) movement of the ’60s, at 14 , he began studying guitar with notable impresarios Paulinho Nogueira, Edward Janulo (harmony), Isaias Sávio (classical), and Léo Peracchi (orchestration). As his talent grew, he composed his first big hit, “Que Maravilha,” which led to a partnership with lyricist Vinicius de Moraes that would produce 120 songs and numerous live performances abroad. With 75 recorded works and a musical career spanning four decades, he continues working and touring worldwide.”

As we settled into probably the most spacious and comfortable theatre space we know, our attention was draw, (painted might be more accurate) by an artist at the foot of the stage working on a large canvas. It was vibrant and colourful even to us half way up the 800 seater theatre. We could not for the life of us, though, figure out what the painting was showing us, or why, until as the artists took to the stage, the artist signed off with a flourish, picked up his work and turned it upside down the right way round toi show us an incredible portrait of Toquinho, and place it on an easel to stand at the side of the stage throughout the concert by these excellent musicans.

I apply the plural, because Toquinho was tonight accompanied by Mizmo (we think) on percussion, Javier on doubler bass, and Camilla, a quite brilliant vocalist.

Toquinho himself seemed to deliver a lovely and lively patter between songs, and all those who could speak Spanish (that is,  everyone except Dee and I) were chuckling along with him.

His vocal delivery of songs was soulfully rough and his guitar work was smooth and sinewy. He delivered what Chip Taylor what have called The Real Thing. This was not a collection of familiar tunes pushed and shoved under a bossa nova umbrella. Instead, the traditional rhythms of the bossa nova were identifiable  in every songs, some of which were romantic, happy or sad, and some of which seemed to be of folklore and all of which seemed to be toe-tappingly and hip-swayingly rhythmic. In this seated arena, of course, we could dance only from the bottom up, but everybody did so !

Mismo, if that was indeed his name, lent excellent but unobtrusive support throughout, until he was invited at one stage to leave his drum set and step to centre stage to deliver a solo piece on hand held percussive instruments.

Javiar wasn´t as flash or energetic as my favourite double-bassist, Joe B Mauldin, who played behind Buddy Holly in The Crickets but Javier´s playing nevertheless added so much to the instrumental balance of this line up, as together Tocquino and his musical partners built a platform for Camilla to step forward to deliver her beautiful, crystal-clear and gentle vocals.

I presume, from the quality of their playing and their relaxed camaraderie that these musicians play together regularly. Toquinho was as admiring of these younger players as they were respectful of him.

Ninety minutes flew by, and although we all knew there would soon be a trail of at least four hundred vehicle tail lights crawling up the mile long lane to the main road, nobody, at all, left until the constant standing ovation had secured the playing of three encores..

Primary sources for this article include a press release from C.A.C.T, and we are also grateful to Angel Romero y Ruiz, who has been writing about world music for many years and we found further background information in his on line piece at World Music Central. He also founded the websites worldmusiccentral.org and musicasdelmundo.com. Angel is also co-founder of the Transglobal World Music Chart. Angel has also produced and re-mastered world music studio albums and compilations for labels such as Alula Records, Ellipsis Arts, and Music of the World.

The purpose of this daily not-for-profit blog is to deliver news, previews, interviews and reviews from all across the arts to die-hard fans and non- traditional audiences around the world. We are therefore always delighted to receive your own articles here at Sidetracks And Detours. So if you have a favourite artist, event, or venue that you would like to tell us more about just drop a Word document attachment to me at normanwarwick55@gmail.com

with a couple of appropriate photographs in a zip folder if you wish.

Being a not-for-profit organisation we unfortunately cannot pay you but we will always fully attribute any pieces we publish. You therefore might also. like to include a brief autobiography and photograph of yourself in your submission.

… she walks these hills in a LONG BLACK VEIL