Blog
You are here: Home1 / Blog2 / Uncategorised3 / JAZZ JUMPS FROM MAY TO JUNE 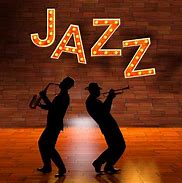 JAZZ JUMPS FROM MAY TO JUNE

Another good friend of these pages, Graham Marshall, musical composer and director will lead a concert on Wednesday 25th May 2022 by the Rochdale Light Orchestra. This, he tells us  it will mark the climax of weeks of rehearsing during which s the RLO  got to know some of the world’s most delightful music to share with their audience .  It will be FREE of charge, as usual so if you are in the area why not join them, if you can. Everyone is welcome.

A few days later on Friday 27th May, Saturday 28th May and Sunday 29th May there is the Live On Wye Festival at Redbrook Football Field.

With a short break since the fantastic success of their 2019 event, Live On Wye have announced that they are back at the same place on the 27th and 28th may 2022. Over the years jazz fnas have helped them rais thousands of pounds for the Redbrook Village Trust, which in turn supports a hosat of fantastic local causes, providing equiupoment for the school, upgrades for the playgropund, maintaining green space and supporting village  life.

We can tell you that the festival is a high quality community music event set against the stunning backdrop of the Wye Valley and bordering the beautiful Forest of Dean. Some artists said it’s the prettiest festival they’ve played…and one of the few you can arrive to by canoe! The organisers pride themselves on attracting up and coming bands across all music genres from Wales and beyond.

Live On Wye is run by the community with a deserved reputation for being relaxed and family friendly. You can expect delicious local food, arts and crafts and of course the Imaginarium, where you’ll find a superb and continuously improving programme for young people. It’s the kind of festival where you can sip lovely ales on the riverbank while enjoying some of the best emerging bands and service with a smile!

We can tell you that the festival is a high quality community music event set against the stunning backdrop of the Wye Valley and bordering the beautiful Forest of Dean. Some artists said it’s the prettiest festival they’ve played…and one of the few you can arrive to by canoe! The organisers pride themselves on attracting up and coming bands across all music genres from Wales and beyond.

Live On Wye is run by the community with a deserved reputation for being relaxed and family friendly. You can expect delicious local food, arts and crafts and of course the Imaginarium, where you’ll find a superb and continuously improving programme for young people. It’s the kind of festival where you can sip lovely ales on the riverbank while enjoying some of the best emerging bands and service with a smile!

The Friday Fringe will warm you up for Saturday’s event in true Redbrook style…intimate and perfectly formed, there will be delicious curry, full bar set-up with real ales, three outstanding bands. Even better, it’s free to enter and the fringe is completely under cover, so you will find us dancing whatever the weather! The party will continue with live music over at The Bell Inn from 11pm till late.

The Godseys are a firm festival and Redbrook village favourite, and it’s even better on the Friday night as they bring along their closest and most talented friends to play with them, getting us all ready for the main event on the Saturday. The Godseys are from the Wye Valley area, but their sound is a fabulous blend of Americana and country rock. Guaranteed to carry you down the Wye and into the Mississippi with their wonderful rich country twist!

The line-up over the weekend is eclectic to say the least. It includes Year Of The Dog (left), Rough Chowder, Fire Fences, Bronwen Lewis, Jonah´s Lift and The Louis Stone Band.

You will also be able to hear The Monmouth Male Voice Choir, and The Redbrook School Choir !

Gates open at midday and guests are welcome to enjoy drinks on the wine terrace before the jazz starts at around 3pm. Tables for 2 – 6 people are available. Wines from the vineyard itself and as other guest wines and local beers will be available to order. Also available to pre-order are sharing platters containing local cheeses and charcuterie accompanied by breads, pickles, nuts and gherkins for two persons.

Each table of 6 booked will receive a complimentary bottle of wine.

Oscar Peterson (right) is widely regarded as one of the greatest jazz pianists of all time. He was renowned for his remarkable speed and dexterity, meticulous and ornate technique, and dazzling, swinging style. Craig Milverton is firmly established as one of Britain’s top jazz pianists. “A master of whatever he chooses to perform” – Humphrey Lyttleton. His latest project pays homage to Oscar Peterson and highlights the best of Oscar Peterson’s output in tribute to his biggest influence. Art Themen has been a major player on the British jazz scene since the 1960s, his highly original style being heard most notably alongside Stan Tracey. Join us for an afternoon of swinging jazz over a glass of bubbly.

Art Themen (left) is a British jazz saxophonist, a great friend of Jazz@PJC and hugely popular. Critic John Fordham has described him as “an appealing presence on the British jazz circuit for over 40 years. Originally a Dexter Gordon and Sonny Rollins disciple, Themen has proved himself remarkably attentive to the saxophone styles of subsequent generations.”

Art has enjoyed such a long career, but a history starting in 1964 perhaps found him in Londonwhere he played with blues musicians Jack Bruce and Alexis Korner, and was a member of Alexis Korner’s Blues Incorporated. Themen has said: “I had pretty much decided that I could continue to practise medicine and play saxophone, and Alexis, being heavily into blues as well as taking in jazz influences like Charles Mingus, furthered my knowledge of music quite a lot.”

In 1965, Themen played with the Peter Stuyvesant Jazz Orchestra in Zürich, going on to play with such English luminaries as Michael Garrick, Ian Carr, and Graham Collier’s Music.

In 1974, Themen entered on what was to be one of his central musical relationships when he started playing with Stan Tracey, and he has played with all of Tracey’s groups, touring with him all over the world as well as around the UK. Themen has also played and toured with visiting US musicians, including Charlie Rouse, Nat Adderley, Red Rodney, George Coleman, and Al Haig.

He was featured in a profile on composer Graham Collier in the 1985 Channel 4 documentary ‘Hoarded Dreams’
In 1995, Themen formed a quartet with pianist John Critchinson.

Add them to your address book

Coming soon If you like your folk music, though, we recommend our forthcoming week long Lendanear To Folk in-print Festival beginning on Monday 4th June.

Lendanear logo From Monday to Friday of that week we shall post a series of daily blogs examining what has been called the álchemy of creativity. This examination will be conducted through the memories of Lendanear, a song-writing duo of the nineteen seventies who, even today, are constantly shape-shifting their songs nearly fifty years later. We will look at what opportunities writers have today to flip formats, as we lend an ear to old songs in new settings. We will examine the counter claim that there is no such thing as the alchemy of creativity, which some believe is just a way of saying accidents happen. We will carry an academic essay by the scholar who coined the phrase and then close our festival with a serendipitous tale about folk-legend Alan Bell, folk singer-writer, activist and founder of Fylde Folk Festival. With Lendanear playing devil´s advocates on either side of the argument, it should all make for some provocative reading.

a stage for all the world ON LANZAROTE