Blog
You are here: Home1 / Blog2 / Music3 / PRINCE during his Purple Reign,…sorry, rain 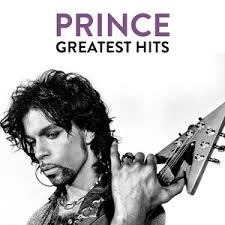 PRINCE during his Purple Reign,…sorry, rain

You know a song is big when it inspires an entire movie.

And that’s just one bit of the story when it comes to the all-time classic Purple Rain.

The song, which was written by Prince and his group, the Revolution, is the title track to the 1984 film of the same name. It is the final song on the movie’s soundtrack, culminating in what is, essentially, a greatest hits album for the artist. The power ballad helped cement Prince as the Man in Purple, too. And it combines elements of rock, R&B, and gospel music.

Upon its release, the B-side for the single was the track God, which is an overtly religious song from the Jehovah’s Witness. That song recalls the Book of Genesis.

I have learned on line from American Songwriter magazine that the song is written in the key of Bb major. It opens with an electric guitar, which is quickly bolstered by drums and piano, evoking almost spiritual vibes. Each of the three verses are followed by a chorus and builds, emotionally and emotively.

photo 2 That performance was the liove debut with Revoloution of guitarist Wendy Melvoin’s (shown right with Prince) . She was just 19 years old. Said drummer Bobby Z of the experience, “It certainly was one of the best concerts we ever did.”

The concert was recorded by David Rivkin (left, aka David Z, brother of Bobby). It was done using a mobile recording unit. “With Prince, you never knew. I thought we were recording a concert, but I wasn’t sure if it was going to be a record, too,“ Aaid David Z. “I knew they were working on the movie as, as well. You just had to go in prepared to record whatever it was going to be as well as you could.”

Other basic tracks done during that time were I Would Die 4 U and Baby I’m a Star. Prince later performed overdubs while working at Sunset Sound in L.A. from August to September in 1983. A solo and an extra verse were edited out from the recording. The extra verse was allegedly about money, but diluted the emotional content.

I only wanted to see you / Laughing in the purple rain

before the chorus hits.

In the context of the film Purple Rain, Prince begins the performance of the song by dedicating it to his late father. Indeed, each of the song’s verses ties into a different strained relationship of Prince’s character and his hope to reconcile.

film poster The film itself, which is an American rock musical drama, was released in 1984 and starred Prince (in his acting debut). The movie, which was directed by Albert Magnoli, who later became Prince’s manager, grossed over $72 million (with a $7.2 million budget). The movie, which was shot in Minneapolis, also starred Morris Day. The producers paid the venue, First Avenue, $100,000 and shut the club down for 25 days.

Purple Rain won the Academy Award for Best Original Score and in 2019 the movie was added by the Library of Congress for preservation in the United States National Film Registry. The movie’s soundtrack is certified 13x Platinum and has sold more than 25 million copies worldwide.

After its release, the signature song hit No. 2 on the Billboard Hot 100 and stayed there for two weeks (only behind Wake Me Up Before You Go-Go”by Wham). It did hit No. 1 in the Belgium and the Netherlands. And it’s certified Gold.

It was a staple for the artist’s live performances after its release and he played it on nearly every tour post-1984, except for a stint after his famous name change (to a symbol) when he avoided his past hits for a handful of years.

The song is included in the Rock and Roll Hall of Fame’s 500 Songs that Shaped Rock and Roll. In 2007, Prince performed the song for the Super Bowl XLI halftime show. The track was the final one performed during the set, which is considered one of the best halftime shows to date, and the experience was made even more impactful when actual rain began to fall during the tune, as the stadium was lit up in purple lights.

Prior, Prince also performed the song in 2004 at the Grammy Awards with Beyonce.

Purple Rain was the final song Prince (right) ever played live during his final concert in Atlanta on April 14, 2016—just a week before he passed away.

As a music fan and journalist I was actually somewhat estranged from the type of music he produced, but I always thought of his work as having impeccable production values, often irresistible rhythms and an overall sense of fun.

Prince will surely have joined a number of other musicians we lost too soon who are turning Heaven into a Hell of place.

It was great to hear from a reader prepared to undo the knots, listen to the music and then define it much more clearly, or at least without the frustration I caused myself in trying to do so.

Further to a recent article on your daily blog I’ve been listening to the music of Ordinarius, but when asked to categorise or explain their style to friends I become lost for words (not usually an issue for  me). My initial response was this is different, uplifting, crisp, sophisticated vocal music. I Wasn’t sure if it was for me? It felt like listening to an orchestra where the musical Instruments (voices of the sextet) produced unique sounds and unique music. Perhaps the challenge (to any listener or critic) is not to attempt to categorise this, but embrace it’s uniqueness.

I hope this makes some sense.

EDITOR´´¨S NOTE Catherine  has hit the nail on the head and is a recipient of the well deserved prize of a demand from Sidetracks & Detours for a further supply of such succinct reviews of literature, music, cinema, theatre or whatever,….. nothing taxing, just two or three thousand words a week on her chosen subject,…….

Meanwhile, another friend of Sidetracks And Detours, Eduardo Farina,  has contacted to advise us that we must  miss the Sensitive Bodies, now exhibition in 3D at The Lanzarote Art Gallery.  This 3D virtual gallery was developed during lockdown to complement what is a bright, spacious and always lovingly curated gallery in Costa Teguise. Eduardo is an art-lover, an art collector and art consultant offering a busy canvas of advice services.

He says that Sensitive Bodies, by Ladron de Guevera  is a collective exhibition at Lanzarote Art Gallery. and is a collective exhibition proposed by Lanzarote Art Gallery. It was born from the joint desire to present, through a new reading,  a synthesis of the personal exhibitions made in the past years and to propose a preamble of the new projects designed for the near future. The same interdisciplinary vocation animates the exhibition, which combines the history of anatomy with contemporary artistic research. To explore the complexity of the human body, different ways of thinking about the body: physical, material and sensitive. A clear anthropological position on the value of corporeality, recognizing its due importance at the time when the virtual made it increasingly ephemeral.

CARVING OUT A NEW PATH: Bat For Lashes