Blog
You are here: Home1 / Blog2 / Music3 / MUSICAL RELIEF FROM DRUMS OF WAR 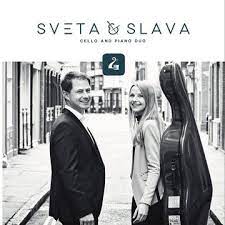 MUSICAL RELIEF FROM DRUMS OF WAR

a review by Graham Marshall (left)

Here’s my Review of the Rochdale Music Society concert given by Ugnius Pauliukonis last Saturday.

The Lithuanian pianist and musical educator, Ugnius Pauluiokonis (left), delighted the small but very appreciative audience for his concert in St. Michael and All Angels parish church, Townley Street, Middleton, on March 5th with a fine display of technique and artistry in music by Haydn, Chopin, Debussy and Rachmaninov.

He began with Haydn’s Variations in F minor, an unusual work which challenges the interpreter by its juxtaposition of themes in both the minor and the major key. As the variations progress the player and listener alike can, as in this sensitive performance, come to appreciate the elegant balance of fine feelings underlying both of the twin tunes proposed at the beginning and the way the composer elaborates on this in his exploration of their musical implications.

Haydn (left) was followed by Chopin’s Nocturne in E major, another challenging work. Its seemingly disparate melodic ideas are presented in a musical union which the performer has to justify. Ugnius responded well to the composer’s artistic vision by bringing his own deep instincts into play and giving the work the unifying insights it requires to communicate successfully with an audience.

The first half of the concert ended with a powerful presentation of a piece by Chopin. His Polonaise-Fantasie in A flat, yet another work which puts artistic obstacles in the way of successful performance by using an underlying polonaise dance rhythm to inspire melodies and harmonies for the concert hall rather than the dance floor or salon. Its intriguing key progressions and melodic intricacies rise to majestic heights of musical inspiration and technical achievement, well exposed in this performance.

To begin the second half Ugnius played the Suite Bergamasque of Debussy (left). This consists of four movements quite varied in musical imagery and fascinating in displaying different aspects of the composer’s artistic development towards the end of the nineteenth century. Like participants in a masked ball, each movement both hides and reveals. So the satisfactions in performing and listening are to be felt only by those whose are open to the enjoyment of mystery. The applause said it all.

Finally, a selection of six of Rachmaninov’s (right) Preludes from his Op. 23 and 32, provided a rich intellectual and emotional climax to a well designed evening of music making. These are all technical and interpretive showpieces for the performer to have to work at as Ugnius demonstrated he had done to the very best effect. His reward was to be assured by the audience reaction that he had successfully communicated the depth of the composer’s intense expression over a wide range, from discreet and rapt contemplation to majestic displays of extrovert delight.

The Society’s next concert will also be held in St. Michael’s Church, on Saturday, April 2nd, when the Sveta and Slava Duo (left) will be playing a wide range of music for cello and piano. Details on the website: www.rochdalemusicsociety.org.

Looking ahead now to the next Rochdale Music Society concert, which is to be given by the Sveta and Slava Duo, Svetlana Mochalova (cello) and Slava Sidorenko (piano). Both met as students at the Royal Northern College of music in Manchester and are now married to each other.

Svetlana is Russian. Slava is Ukrainian. “Love and music go together like a ………. “.

Come and join us for what will undoubtedly be a delightful evening of music making and appreciation.

Editor´s Comment: Graham Marshall has been an occasional contributor to Sidetracks And Detours over the past yearts and we are always proud to carry his news, previews, reviews and interviews of all the great musicians who perform for Rochdale Music Society.

We received the above piece from Graham just a couple of days after we had posted our own article on our blog about a classical pianist who plays frequently here on Lanzarote. In a brief article we published on Wednesday 16th March, entitled Stop In The Name Of Love, Natalia spoke sadly of the Russian attacks on Ukraine.

“I grew up in Crimea but I also had a Ukrainian passport and now my heart is divided, my friends and family are Ukrainians and Russians, too. It’s a disaster,”

Natalia is currently in Berlin seeking to deliver a series of classical concert to raise funds for those suffering in the conflict, Sidetracks And Detours wish her safety and success in her venture.

Meanwhile , we also heard news on that same day of how the conflict is impacting on how we receive and hear music. Apparently Cardiff Philharmonic Orchestra have deleted some Tchaikovsky (right) from future recitals, though for how long cannot be yet be determined for obvious reasons

The Cardiff Philharmonic Orchestra has faced public backlash after its decision to pull 19th-century Russian composer Pyotr Ilyich Tchaikovsky from a concert due to take place on 18 March.

The original all-Tchaikovsky programme, which included the composer’s 1812 Overture, a piece written in 1880 to memorialise the 1812 defence of Russia against Napoleon, has now been replaced by works from Dvořák, Elgar, and film composer, John Williams. The performance will be taking place at St David’s Hall in Cardiff.

Retitled, ‘Cardiff Philharmonic Orchestra: Classics For All’, a statement from the orchestra on the St David’s Hall website reads: “In light of the recent Russian invasion of Ukraine, Cardiff Philharmonic Orchestra, with the agreement of St David’s Hall, feel the previously advertised programme including the 1812 Overture to be inappropriate at this time.

“The orchestra hope you will continue to support them and enjoy the revised programme.”