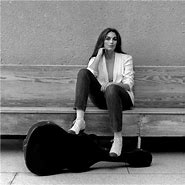 Here´s To The Ladies 2022, an inaugural in-print festival

When Emmylou Harris spoke to the Guardian last year it was as if she opened her heart to speak of vivid memories of music and attitudes familiar to all of us born shortly after world war two. Reading her interview again today I am struck by how much times have changed and yet a sad recognition that the more things change the more they stay the same. Many of our generation had our first taste of real fear about the Cuba missile crisis and here we are today, after sixty years marching for peace, preaching tolerfnance and understanding in the belief that all you need is love, brought to a halt at the edge of an abyss in Ukraine. We admire the bravery of those standing up to Russia whilst the world wrings its hands, but we creating a new litany  of martyrs even as the world is at high nuclear alert.

When Emmylou spoke last year to Dave Simpson, for The Guardian, she looked back at the life and times and music of a generation.

Just after I started high school, there was the Cuban missile crisis, so I wasn’t sure if the world was going to be around much longer. It was a very intense, frightening 13 days, then suddenly it was over and I got into the more mundane problems of being a teenager. I wanted to act, was in plays at school and would read the plays of Tennessee Williams (left) and Edward Albee. The weirder the better.

I didn’t have an outlet for music then. I’d hated piano lessons. I listened to the usual teenage fare like Frankie Avalon or Bobby Rydell, but the folk music explosion changed everything. My older brother owned a record player and would play old-time country and bluegrass. Nothing did anything for me except Johnny Cash’s first record, Johnny Cash with His Hot and Blue Guitar! Then suddenly there was Peter, Paul and Mary, Bob Dylan, Joan Baez and Buffy Sainte-Marie. I cherished Dick Cerri’s radio show Music Americana, the Folk Music of America. Every night, he’d play the new folk artists I was just becoming aware of and I would sit on my little bedroom floor doing my homework, listening in awe.

Finally, I got a guitar, a little Kay 1160 Deco Note that my grandfather bought for me for $30 in a pawn shop. That guitar is now in the Country Music Hall of Fame. It had a big thick neck like a baseball bat but somehow I managed to learn chords from books. I’d listen to records, learn the songs and accompany myself. That’s how I started to sing. Peter, Paul and Mary were a very strange thing to land in the Top 40. Mary Travers – who is hugely underrated – had a low, androgynous voice. I realised you didn’t have to have a high soprano. There was a local folk duo of two boys, one in my class and the other a bit older. When Peter, Paul and Mary became popular the duo had a gig and wanted me to be the Mary to their Peter and Paul. I was so excited when we worked up these songs and we performed them at the school dance. I never heard from “Peter and Paul” ever again. I hope it was because suddenly I became the focus.

My main ambition was still to act, but I only lasted three semesters studying drama at the University of North Carolina. Music did something to me that drama never did because I didn’t have the talent to get into that zone. I realised I wasn’t very good, so instead I went to New York and tried to be Joan Baez.

photo 4 She is the reason I picked up the guitar and I think I speak for a lot of other girls my age. She’s an iconic artist who changed music and the heart of America by giving voice to the civil rights movement, and her continued support for any struggle for democracy represents the best of what America stands for.

I’ve been able to sing with a lot of my heroes, but one time Mary Chapin-Carpenter and I had to sing in front of Joan Baez (right) . It was the first time I’d been nervous since I’d fronted my own band, but she was incredibly gracious. Then a few years ago  Jackson Browne and I sang with her at a fundraiser in San Jose. We were considered compatriots of the stage, but I still had a goddess complex about Joan.

My father was studying to be a veterinarian when the second world war broke out, and all my family respected and loved animals. So that became part of my DNA. I got my first dog Duchess in 1951, when I was four. When my father was shot down in Korea and we didn’t know if he was alive or dead [Walter Harris, a decorated Marine Corps pilot, was declared missing in action, and spent 16 months as a prisoner of war], she was a real comfort.

When my mother took me to see a woman advertising Boston terriers, for some reason I did not relate to any of these pedigree puppies. So she said: “Well, I have this other dog …” I just fell in love with this little, funny-looking cocker spaniel/Mexican spitz cross-breed with no tail. Duchess died when I was 17 but that little dog started my love for mutts [mongrels]. In the rescue [Bonaparte’s Dog Retreat Rescue] that I started in my back yard after my dog Bonaparte died, most of them are wonderful combinations of different breeds. Basically, in America we’re all mutts, a mix of peoples who have moved and mingled. I think that’s what God intended.

There wasn’t much television when I was a teenager. I think there were four channels, but there were a couple of shows that I’d watch with my parents. One was The Naked City, a series about the New York City Police Department, which used to go: “There are eight million stories in the naked city. This has been one of them …” It was brilliant, but even more fantastic was The Defenders. It starred a wonderful actor named EG Marshall as a defence lawyer who’d take on these complex cases that were never black and white. The series really made you think about justice and the human condition and why people did what they did.

EG Marshall was also in my favourite movie, 12 Angry Men, a courtroom drama with a similar theme. It was a stage play [by Reginald Rose] and you can tell; it was all done in one room and each character was remarkably well written. If it comes on TV now, I’ll still watch it because it’s quite brilliant.

I fell in love with the Beatles along with everyone else, shortly after the assassination of JFK. In America, it was like the end of innocence, a terrible, horrifying thing. There was a blackness, a cloud over everyone. So when the Beatles came along with their great haircuts and joyful music, it was like the clouds parted, the sun came out and it was all right to be happy and feel innocence again.

I didn’t want my parents to know that I loved The Beatles because I’d turned 18 and they thought I was beyond that teenage stuff. I remember buying a Beatles magazine and hiding it. Steve Earle has a wonderful theory that the Beatles’ music got deeper and darker because the seriousness of Bob Dylan’s lyrics made them think: “We’re not teenagers any more.” I’m sure the drugs had something to do with it.

A few years ago, I was playing in Dallas and visited the museum in the building from where Kennedy was shot. It was like a Greek tragedy, this young president with this beautiful wife and young children and the feeling of optimism for the future … It hit me all over again and I just wept.

The primary source for this article was  written by Dave Simpson and published in The Guardian.

Norman has also been a long serving broadcaster, co-presenting the weekly all across the arts programme on Crescent Community Radio for many years with Steve, and his own show on Sherwood Community Radio and has guested on BBC Radio Manchester, BBC Radio Lancashire, BBC Radio Merseyside and BBC Radio Four.

Sidetracks And Detours. Here´s To The Ladies 2022, an inaugural in-print festival...