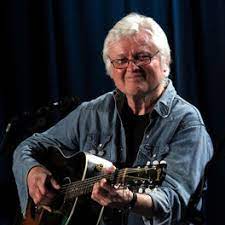 THE LAST CHANCE; are we going to take it?

In fact I wouldn´t even have caught hold of those coat-tails had it not been for Phil Gallagher, a man who ´lived on the Wirral´ but who would regularly take a ferry cross the Mersey to mainland Lancashire to catch the gigs of American singer-writers like Katy Moffatt brought to the UK by Ian Johnson of Stampede Promotions, working with agents like John Graeme Livingstone,

Ian and I were good mates, and were always up for talking to anyone who knew their music from their metatarsal so when we received a discrete phone call from Phil´s wife inviting us to journey out to the boondocks to celebrate Phil´s fortieth birthday with a meal she herself would prepare for the four of us, it was an invitation too good to turn down.

Despite my pompous assumption that my knowledge of American singer-writer music, and my collection of such, would trump anything a ´mere ´fan´ could throw at me, I came a cropper. I ended up walking backwards out of the house at the end of the evening, bowing not only in my appreciation of what had been a superb meal, but also in gratitude for the collection of tapes Phil had stuffed in my pockets to borrow and return after some surreptitious, but of course highly illegal, copying on to second generation cassettes.

As I stepped back out of his house Phil grinned amiably, but knowingly I thought, telling me ´There´s some Eric Taylor in that lot, and a couple of Nanci Griffith´s.´

´Who the flippin´ ´eck is Chip Taylor´ I wondered as I slipped the key into the ignition, the gear into first and the tape into the cassette player as we drove off.

Three and half minutes later I was wondering how the hell I had been unaware of this fantastic music. I would be poring through my music books as soon as I got home, but knowing it might take hours to find a reference to this guy.

These days, of course, we have Professor S. Earchengine on hand. He tells me, that these according to The Songwriters´ Hall Of Fame web-site,

Chip Taylor is responsible for one of the most famous songs to come out of the 1960s—The Troggs’ 1966 hit Wild Thing, which was famously covered in 1967 by Jimi Hendrix. His other big hits include the Merrilee Rush 1968 version of Angel In The Morning (also covered by Juice Newton), The Hollies´ I Can’t Let Go (1966, also notably covered by Evie Sands and Linda Ronstadt) and Janis Joplin’s Try Just A Little Bit Harder in 1969. His songs have also been recorded by such luminaries as Aretha Franklin, Dusty Springfield and Frank Sinatra, with Norway’s premier folk singer Paal Flaata recording an entire album of Taylor songs, Wait by the Fire, and taking it to his country’s Top 10 and a Norwegian Grammy nomination.

That, by the way, is impressive even without mentioning that The Troggs (right) not only cut Wild Thing, but also made a delightful chart hit out of the more placid Any Way That You Want Me, also written by Chip Taylor, and sung, with some style by Reg Presley !

Taylor was born James Wesley Voight in Yonkers, N.Y., on March 21, 1940. His older brother is the Oscar-winning actor Jon Voight (Voight’s Oscar-winning daughter Angelina Jolie is Taylor’s niece), and a second older brother, Barry Voight, is an award-winning volcanologist and engineer in his own right. After a failed attempt as a professional golfer, Taylor commenced a career in music, writing songs by himself and with others including Brill Building session player Al Gorgoni—with whom he recorded in the duo Just Us and notched a hit in 1966 with “I Can’t Grow Peaches on a Cherry Tree” with Billy Vera (they co-wrote “Storybook Children,” which Vera recorded with gospel singer Judy Clay in 1967 as the first major label interracial duo) and Jerry Ragovoy, with whom he wrote the Janis Joplin hit “Try (Just a Little Bit Harder).”

Taylor has also maintained a successful recording career, after recording as Wes Voight for King Records in the late 1950s, and later as Chip Taylor for Warner Bros., Columbia and Capitol–taking a break in the mid-‘70s for a successful stint as a professional gambler (he specialized in blackjack and horse-racing). He appeared in the 1980 film Melvin and Howard before re-launching his music career three years later with singer/violinist Carrie Rodriguez, (right) with whom he recorded and performed through much of the next decade. He also performed with other artists including Robbie Fulks, John Platania and Kendel Carson.

We will return later to some of the information given above, but first let´s speak about the degraded cassette Phil gave me for his fortieth birthday. I had fallen massively in love with Chip Taylor´s Last Chance by about the third or fourth play on our drive back to Rochdale, but whilst I was raving and drooling over what I was hearing Ian Johnson was occasionally sighing, almost silently, ´I know all this, how come you don´t¨? to which there was no satisfactory answer. Not long after we had come out to civilisation on the right side of The Mersey Tunnel I had already heard the track that was to change my life and re-build my record collection. From now on I knew that, like Chip Taylor, I wanted my musical heroes to make it The Real Thing for me !

The Real Thing is a track that describes how, as a young teenager found a rhythm and blues magazine under a seat on a cross town bus. On reading through it on the rest of his journey he founded out that what the music industry had been feeding young white boys like him ´wasn´t made it of grits and bones´. From then on Chip Taylor wanted authentic songs from authentic artists like Hank Ballard, and all his songs about Annie. Even more importantly that magazine fed a determination in Chip to one day write his own songs, aware that it would take ´more than The Crew Cuts and Pat Boone to bring it home.

I spent a couple of years filling my shelves not only with all the Chip Taylor albums I could uncover but also with albums recorded artists I had previously never heard of until Chip told me about them in song. I calculated many years ago now that I had accumulated around 500 albums by artists who had been recommended to me by Chip.

But what of his own stuff?  Well, boy, he had a way with a line.

´I swear to God, your honour, I never laid a finger on her.´

He wrote what was, before its time, classic Americana, but he wrote country and r &b too, and just in case you don´t know it yet he not only wrote Wild Thing for Jim Hendrix, and for The Troggs, but also wrote Angel of the Morning, a round the world radio hit for the likes of Juice Newton. Son Of A Rotten Gambler which artists of the calibre of Anne Murray (who also had a hit with John Stewart´s Daydream Believer !) recorded.

Nevertheless, the stand out track on that first tape Phil lent me was a story song called The Coalfields Of Shikshinnie.

Fifteen or so years before I first heard this tape,  Colin Leve and I, under our stage name of Lendanear had written a short musical piece about the coal industry in the UK. It included Colin´s song, Fishes And Coal, as well as our adaptation of Working In A Coal Mine by Lee Dorsey, as well as my poem, Moonbeam Dancer, about a retired miner as well as a wonderful piece by Kim Prince called Black Kisses about a family torn apart by the pit-death of a husband and father. Each piece stood alone as a story, but when told together somehow would recontextualise itslef and tell a compelling narrative with the other three.

Many years later I heard about those Coalfields of Shikshinnie, and several years after that I performed our Songs From The Seam piece at Bury Met, always aware of what a wonderful conclusion to the story would have been provided by Chip´s song.

That Last Chance album of his seemed to have been appropriately titled, as I could find no other albums than that and a back catalogue I had avidly collected.

Songs on Last Chance also included I Read It In The Rolling Stone about several misbehaviours which we associate with pop artists he at some time indulged in.

The Likes Of Louis, off that same album, remains the sexiest damned song I´ve ever heard, (along with John Stewart´s Summer Child) and sits comfortably alongside Clean Your Own Tables Boys, the story of a waitress and customer romance. I01 IN Cashbox has Chip trying, unconvincingly to ignore his label´s desperate need for him to have a hit.

So for the next couple of years that´s where it was all left to lie, with me assuming the label had let him go and he was perhaps playing for pennies in some clubs somewhere and going on after the raffle.

Then, as I closed down my interview with Katy Moffatt after a Stampede Promotions gig in York, we were joined by John Graeme Livingstone of Stillwater Times and one or other of us mentioned Son Of A Rotten Gambler. I guess we just assumed that Katy must know Chip, as they were fellow Americans who had once worked other in the same industry. I told her of my affection for his songs and that I assumed that in the years since his Last Chance album he must have been scraping a musical living somewhere.

Tossing back her beautiful l red hair back she smiled widely.

¨No. Chip´s doing just fine. Ever since he packed in to become a professional gambler back in the USA, he´s done pretty well. Last time I saw him he was looking real dapper ´!

So Chip had escaped his Last Chance it seemed by moving away from the music industry and re-inventing himself pretty successfully in another role. However, my last chance of learning more about him had apparently gone. However, Many years later, when I thought the game was all over, the second half began,…..and who was there playing for the song-writers? Chip Taylor !

Watch this space over the next few weeks to find out how Chip Taylor proved that like a famed race horse he had sung about on the Last Chance album, (left) he would keep coming back.

There have now been many more albums since his ´comeback ´than there were before he went away. He even has written and recorded a couple of songs, including What Would Townes Say About That a song that references my hero and friend the late Townes Van Zandt.

Although Carrie Rodriguez has resumed her solo career, she and Chip made so many good albums together, and each has now continued to do so individually since. the final chapters of the Chip Taylor story are still being written, decades after he took his Last Chance.