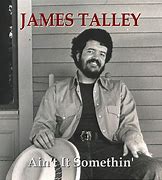 As a youth, his family moved from their home state of Oklahoma to the state of Washington, where his father worked as a chemical operator in the now infamous Hanford plutonium factory (right) . After five years in Richland, Washington, and realizing the hazards his father´s employment presented, the family relocated to Albuquerque, New Mexico, and the rich tri-cultured environment of the Southwest.

After graduating from the University of New Mexico (UNM) with a degree in fine arts, and after encouragement from Pete Seeger, whom he met when the folk legend was performing at UNM in 1967, James began writing songs that drew upon the culture of the Southwest that he experienced growing up. These early songs eventually became The Road To Torreòn, a saga of life and death in the Chicano villages of northern New Mexico. These powerful songs sat on the shelf in Nashville until those excellent curators at German Bear Family Records finally released the project in a beautiful box set edition in 1992, over twenty years after it was originally written.

It was presented as a moving collaboration of photography and music, akin to James Agee and Walker Evans’ Let Us Now Praise Famous Men, with a photographic essay by James’ lifelong friend, renowned photographer Cavalliere Ketchum. Although never released in the United States, it is still available as an import at Amazon.com.

In 1968 James (left) moved from Albuquerque, New Mexico to Nashville, Tennessee to try and get his songs recorded. Shortly after the move he met his wife, Janice.

´I looked across the conference table one morning at a staff meeting and saw this incredibly beautiful young lady with long dark hair and the darkest sparkling brown eyes, which displayed her native Cherokee heritage. I was instantly swept off my feet´.

He and Janice were working at the time as case-workers at the Tennessee Department of Human Services – a job James had worked at for a year in New Mexico prior to his move to Nashville.

´She was stunningly beautiful and incredibly intelligent. We went together for a couple of weeks, and I simply couldn’t ever imagine being with anyone else. I asked her if she would marry me.” She said, “Yes, but shouldn’t we wait a little while?” “We waited another two weeks and went to see the judge. We have been through a great deal together – some very good times and some really tough times, but she is still the light of my life.”

James and Janice have been married for over forty years and have two sons, Reuben James and Justin Louis.

Upon moving to Nashville, James discovered that the commercial music business was not attuned to the kind of honesty he wrote about in his songs, so he went to New York to meet the late John Hammond, who became his first mentor. Hammond championed the unique vision in Talley´s writing in the early seventies as he had the careers of Bob Dylan, Leonard Cohen and Bruce Springsteen.

Hammond, however, could not convince the Columbia label, in New York, to sign James’ more country-flavoured sound, so he sent him to his friend Jerry Wexler, whose Atlantic Records was starting a new Country division in Nashville at the time. Wexler signed James to his first recording contract at Atlantic Records in 1972 along with Doug Sahm and Willie Nelson. Atlantic’s Nashville operation, however, did not do well at the time and Atlantic closed its Nashville office. James then moved to Capitol Records where, during the mid-seventies, he released four now legendary albums during the mid-1970s.

Got No Bread, No Milk, No Money, But We Sure Got a Lot of Love (1975, right ) was the first album of his I ever heard, and I knew immediately that Talley encapsulated everything I looked for in my musical adventures.  His lyrics were somehow edifying and his instrumental work, even when rendering the blues, was joyous. He sounded, somehow, to be steeped in history and cultural awareness. Tryin’ Like The Devil followed a year later and Blackjack Choir and Ain’t It Somthin’ both came out in seventy seven.. Rolling Stone, and other music publications, have declared these albums ´American classics´.

During the 1980s James recorded two albums that were released by the German Bear Family Records, American Originals (1985); and Love Songs and The Blues (1989). However, it was to be as late as the nineteen nineties before, James finally released The Road To Torreòn (1992); James Talley: Live (1994); and Woody Guthrie and Songs of My Oklahoma Home (2000). He released Nashville City Blues, in July 2000, and was named Amazon.com’s Folk Artist of the Year 2000.

In 2002 he released Touchstones, a re-recording of some of the classic songs from his four 1970s Capitol Records albums, and in 2004 he released Journey, a live in-concert project recorded while on a tour of Italy. In 2006 James’ acclaimed first Capitol album, Got No Bread, No Milk, No Money, But We Sure Got a Lot of Love, was reissued in a 30th Anniversary edition. It was named in the Top 10 reissues of 2006 by No Depression magazine and the Nashville Scene.
In August 2008 James released fifteen new songs and a re-recording of his classic, She’s The One, which Moby recorded as Evening Rain, on his CD, Heartsong. Simultaneously, Talley also released the second volume of his live 2002 concert recordings from Italy – Journey: The Second Voyage. In the spring of 2017 James’ classic second Capitol Records album, Tryin’ Like the Devil, was released in a special 40th Anniversary edition. All of James’ CDs are available either as physical editions, custom editions, or downloads at www.jamestalley.com and on iTunes, Amazon.com, and other music download web stores around the world.

James performed twice at The White House for President Jimmy Carter, and at the Smithsonian Institution, and in other concert venues around the United States and in Europe. B.B. King played guitar on James third album, Blackjack Choir, in 1976, marking the first time the legendary bluesman had ever recorded in Nashville. Johnny Cash, Johnny Paycheck, Alan Jackson, Hazel Dickens, the late Gene Clark, and most recently Moby, among others, have recorded his songs.

Music author David McGee has called James Talley’s work startlingly original. Legendary music producer, Jerry Wexler, who remained friends with James until his death, said, ´He remain for me one of America’s greatest songwriters´. Legendary music-columnist, Chet Flippo, called him ´one of the best singer-songwriters to ever come out of Nashville´.

James is a life member of Nashville Local 257, American Federation of Musicians, and is a board member of the Nashville American Federation of Television and Radio Artists. He and Janice spend their time now between their home near Santa Fe, NM and Nashville.
James continues to perform throughout the United States and the world on a limited touring schedule, and the music on James’ CDs continues to receive airplay throughout the world.

His music remains a fixture on my own personal play lists, too, but for some reason his name is not among my Holy Trinity of John Stewart, Guy Clark and Townes Van Zandt. They were names that carried me forward somehow, in search of new music and new revelations on a voyage of self discovery.

Instead, I place Talley alongside Chip Taylor. When Chip told me I Want The Real Thing and effectively denounced musical imposters, copyists and fakers I was sent to re-trace my musical footsteps and find the originators I had overlooked.

James Talley took me back to another time and place by introducing me to W. Lee O´Daniel And The Light Crust Doughboys, in a song I referenced, along with the aforementioned by Chip Taylor in my serialised book of the time, called Names Fall Out In Conversations, based on songs written by artists to commend other artists-

Wilbert Lee “Pappy” O’Daniel (March 11, 1890 – May 11, 1969) was an American Democratic Party politician from Texas, who came to prominence by hosting a popular radio program. Known for his populist appeal and support of Texas’s business community, O’Daniel served as the 34th Governor of Texas (1939–1941) and later its junior United States Senator (1941–1949). O’Daniel was also a songwriter who composed Beautiful Texas.

In the late 1920s, O’Daniel assumed responsibility for the Burrus company’s radio advertising. To that end, he wrote songs, sang, and hired a group of musicians to form an old timey band to back his vocals. Originally called the Light Crust Doughboys, notable musicians such as Bob Wills got their start with O’Daniel. After the Doughboys split up, O’Daniel formed the Western swing band, Pat O’Daniel and his Hillbilly Boys. The new group was named after O’Daniel’s own Hillbilly Flour Company. O’Daniel also hosted a regular noon-time radio show heard statewide, which gave him his nickname after a catchphrase used frequently on air –´pass the biscuits, Pappy´ – and propelled him into the public spotlight. By the mid-1930s, ´Pappy´ O’Daniel was a household name in Texas. As a national magazine reporter wrote at the time: At twelve-thirty sharp each day, a fifteen-minute silence reigned in the state of Texas, broken only by mountain music, and the dulcet voice of W. Lee O’Daniel. The show extolled the values of Hillbilly brand flour, the Ten Commandments and the Bible.

The Light Crust Doughboys, founded in 1931, had the greatest and longest success of all the western swing bands in the Fort Worth-Dallas area. They won numerous awards and were inducted into the Texas Cowboy Hall Of Fame.

The playing and production qualities on Talley´s tribute to the band succeeded in perfectly reflecting their spontaneity and sense of fun, all secured by superb musical technique.

James Talley remembered them as

For The Light Crust Dough Boys and W Lee O’Dan

We drove eighty miles through the blowing sand

My thirty-seven Chevy was shooting steam

Coming up the hills, just East of Pawnee

But I wouldn’t miss a dance on a Saturday night

For all of them Chevys in the Detroit Line

I can hear that music in my ears

I’m ready to go and I’m shifting my gears

So, just pass me the biscuits and give me your hand

You know, you’re my Honey and you know, I’m your man