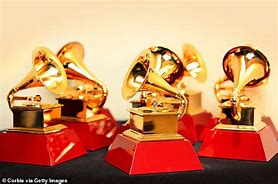 There will be more than several Grammies (shown above) up for grabs In january 2022. When you think of the holiday season, awards season may or not come to mind, but it’s upon us all the same. The Recording Academy unveiled its nominees for the 64th Grammy Awards via livestream recently, with past (and present) nominations including Jon Batiste, Billie Eilish, H.E.R., FINNEAS, Carly Pearce, Måneskin, Nate Bargatze, Tayla Parx and BTS (left) on envelope-opening and nominee-reading duties.

Jon Batiste (right) was the surprise star of the show, leading all nominees with 11, including Record and Album of the Year nominations for Freedom and We Are, respectively. H.E.R., Doja Cat and Justin Bieber tied with eight nods each, followed by Eilish and Olivia Rodrigo with seven. Tony Bennett and Lady Gaga collected six nominations, including Record and Album of the Year for I Get A Kick Out Of You and Love For Sale, their second collaborative album, while Lil Nas X grabbed five. And Kanye West was nominated in four categories, including Album of the Year, for his latest, Donda.

Brandi Carlile scored five nominations, including two in the Song of the Year category. Bruno Mars’ and Anderson .Paak’s Silk Sonic was nominated four times, with Leave The Door Open up for Record and Song of the Year. Japanese Breakfast, Arlo Parks and Arooj Aftab were each nominated twice, including in the Best New Artist category (despite Michelle Zauner having released her debut album as Japanese Breakfast five years ago). Jazmine Sullivan was nominated thrice, and Yola twice, while TURNSTILE’s GLOW ON producer Mike Elizondo landed a Producer of the Year nomination. And a little band called ABBA (left) received a Record Of The Year nomination for I Still Have Faith In You, off their first new album in 40 years, Voyage.

Each category has an exhaustive list of nominations, and in fact the list of categories is in itself pretty exhaustive and, indeed, exhausting, given that there are around 80, (eight zero, eighty, yes EIGHTY) clearly defined categories with a total of around 500 nominations- Categories include, of course, Record Of The Year, Album Of The Year and Song of The Year.

The ten artists nominated in the category for Best New Artist include Arlo Parks (right) , a musician we have previously mentioned on these pages. That article, Found Very Much Alive, can still be found by simply typing into our archives search box. She is a British singer-songwriter and poet. Her debut studio album, Collapsed in Sunbeams, was released in 2021 to critical acclaim and peaked at number three on the UK Albums Chart. It earned her nominations for Album of the Year, Best New Artist and Best British Female Solo Artist at the 2021 Brit Awards. It won the 2021 Hyundai Mercury Prize for best album.

The more familiar names of Ariana Grande appear in the artists shortlisted for Best Pop Solo Act and Coldplay for Best Pop Group Act. Some of my favourite artists, such as Norah Jones (left) , Willy Nelson and Dolly Parton, find themselves nominated in the strangely titled category of Best Traditional Pop Album while, to further cloud or clarify the categories Justion Beiber and Billie Eillish are to be found in the Best Pop Album category, (note the omission of the word traditional, to avoif confusion !). Both therse artists, by the way, are also nominated for best pop album.

There are categories and classifications, too, for Dance Electronic Recordings and Dance Electronic Albums. You will also find categories such as Best Contemporary Instrumental, Best Rock and Best Metal albums and songs. Black Pumas, central to a debate about Afro-American awards that we featured a few weeks ago, being included among these acts.

Fleet Foxes and Arlo Parks are notable inclusions (for me) in the categories of Best Alternative Music Album.

Some sidetracks & detours favourites are included in the various country music categorisation, such as Kacey Musgraves and Miranda Lambert (right)

Divine Tides, a collaborative album by Stewart Copeland & Ricky Kej is nominated in the divinely quaintly titled category of New Age and Jazz enjoys five divisions of classification and includes a plethora of nominees we will discuss elsewhere in a further article.

Gospel and Christian Music is similarly ´broken down´,  as is Latin, but the American Roots  lists, despite being separated into ever smaller (more clearly defined? hardly !)  look like they could re-open the recent critics´  debate about which acts should be eligIble for each category, and why. Likely to be caught up in these navel-gazing discussions, through no fault of their own, are several artists including John Hiatt and Bela Fleck (left). Sidetracks & Detours will certainly keep our eye on the presentation ceremony and tis awards to the jazz and American sections in discuss them more closely in a subsequent feature.

With Reggae, Global, Children´s Music, Spoken Word and Comedy all with categories, as well as several sub-divisions for Musical Theatre, Classical and Non-Classical categories ad infinitum until we do come, surely finally, to Best Packaging, this could be an awards ceremony to last longer then the Woodstock Festival.

And, of course, this being the Grammys, there is plenty to be baffled by here, but nothing sticks out quite so shamefully as the nominations of Louis C.K.’s Sincerely Louis CK for Best Comedy Album and Brian Warner (aka Marilyn Manson) for his work on West’s Donda. Being “cancelled” seems to be working out surprisingly well for those guys!

Music’s Biggest Night takes place at Los Angeles’ soon-to-be-renamed STAPLES Center (which becomes the Crypto.com Arena on Christmas) on Monday, Jan. 31, 2022. It will air live on CBS, and stream live and on demand via Paramount+, starting at 8 p.m. ET.

The primary sources for this article was a report in the excellent Paste on-line magazine.

e mail logo The purpose of this daily not-for-profit blog is to deliver news, previews, interviews and reviews from all across the arts to die-hard fans and non- traditional audiences around the world. We are therefore always delighted to receive your own articles here at Sidetracks And Detours. So if you have a favourite artist, event, or venue that you would like to tell us more about just drop a Word document attachment to me at normanwarwick55@gmail.com with a couple of appropriate photographs in a zip folder if you wish. Beiung a not-for-profit organisation we unfortunately cannot pay you but we will always fully attribute any pieces we publish. You therefore might also. like to include a brief autobiography and photograph of yourself in your submission. We look forward to hearing from you.

JAZZ IN EUROPE AND JAZZ IN THE VALLEY