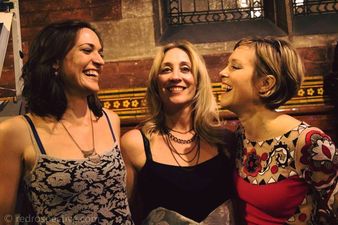 WILL THE CIRCLE BE UNBROKEN ?

In an article called ´Nanci Griffith gone across the great divide´ posted  on Sidetracks And Detours on 4th November 2021, the editor of these pages, Norman Warwick posed what he felt was an urgent question. He asked who might be among the next generation to succeed not only Nanci (left) but also the many others we have lost from the pantheon of the singer songwriter genre. This was a sound Paul Simon recently described in a tv interview as a phenomenon that emerged in the sixties and enjoyed its clearest identity and highest popularity throughout the seventies and eighties.

Townes Van Zandt, Guy Clark and Susanna Clark (right) have all gone now, although it seems likely that these three soul-mates who shared such an unlikely bond are about to be remembered and celebrated in a forthcoming tv documentary called Without Getting Killed Or Caught.

Their generation of writers all had mentors, influences and colleagues with whom they collaborated and helped them broaden their musical perspective. It was Tom Russell (left) who championed Nanci, after performances at Kerrville. It seems to me that collaborations with and mentoring by other artists are key in the development of an artist. You see it in classical and other music genres.

Nanci subsequently championed Iris Dement (right) and in turn broadened her own perspective by collaborating with Emmylou Harris, Guy Clark, Townes and John Stewart and many other fine singer songwriters.

As to who might follow Nanci, I would nominate Amy Speace, Aoifie O’Donovan, Sarah Jarosz and Sara Watkins as modern day examples of those following in her footsteps.

Amy Speace (left) is a Nashville-based folk/Americana American singer-songwriter and essayist from Baltimore, Maryland. National Public Radio described her voice as “velvety and achy” and compared her to Lucinda Williams. She lives in Nashville, Tennessee. A former Shakespearean actress, her music has received critical acclaim from

The New York Times, NPR, The Sunday London Times, Mojo Magazine, etc. Speace’s song, Weight Of The World, was recorded by singer Judy Collins on her 2010 album Paradise. She has toured extensively in the US, UK and Europe and has shared the stage with Guy Clark, Judy Collins, Mary Chapin Carpenter and many others. She regularly performs at The Rocky Mountain Folks Festival and The Kerrville Folk Festival and has appeared at Glastonbury Music Festival and Cambridge Folk Festival. She has appeared on Mountain Stage Radio 4 times. Speace also works as a songwriter with the non-profit Songwriting With Soldiers which helps veterans process their trauma.

Amy at 53, is older than the others and I remember that, when I was fortunate to see her perform over here in the UK, her performance demonstrated her stage-background. I well recall a normally taciturn friend of mine remarking at that gig in 2016 that ´ she knows her way around the stage´.

Despite having toured extensively in the UK, including at Glastonbury and Cambridge festivals she nevertheless flies somewhat under the radar. Neverthless, her voice is velvety and her lyrics always offer evidence of her background in Shakespeare through their flair for tragedy.

Her latest album, There Used To Be Horses Here, is a fine example of the best in female Americana. Autobiographical in nature the album explores the emotions of a year in which her first son is born and she suffers the loss of her father. The storytelling is exquisite.

She has collaborated with fellow singer songwriters Emily Barker and Amber Rubarth  as part of a recording and touring trio, under the name of Applewood Road (shown in our cover photograph at the top of this article).  Featured in the BBC documentary, Sisters In Country, a profile of the Emmylou Harris, Dolly Parton and Linda Ronstadt Trio, Applewood Road are presented as a modern day version of female artists collaborating in high harmony vocalizing.

Aofie O’Donovan, 39, (right) is an American singer songwriter best known as the lead singer in Crooked Still. She is an Irish-American singer and Grammy award-winning songwriter. who also co-founded the Grammy Award-winning female folk trio I’m With Her. She has released three critically acclaimed studio albums: Fossils, In The Magic Hour, and Man In A Neon Coat: Live from Cambridge, as well as multiple noteworthy EPs, including Blue Light, Peachstone, In The Magic Hour: Solo Sessions, and Bull Frog’s Croon. She also spent a decade contributing to the radio variety shows Live From Here and A Prairie Home Companion. Her first professional engagement was singing lead for the folk group The Wayfaring Strangers.

Perhaps her best known song is Lay My Burden Down, featured on Alison Krauss’s Paper Airplane 2011 album. In addition to her own solo and Crooked Still recordings, in March 2020 she collaborated with a string quartet on the EP album Bull Frogs Croon, a song cycle based on poems.

On the popular BBC4 Transatlantic Sessions series (series 6) she can be seen both solo and duetting with Mary Chapin Carpenter.

In 2015 Aofie toured extensively with Sara Watkins and Sarah Jarosz under the combined tour banner I’m With Her, culminating in the 2018 album See You Around.

Sara Ullrika Watkins (left) is an American singer-songwriter and fiddler. Watkins debuted in 1989 as the fiddler of Nickel Creek, the progressive bluegrass group she formed with her brother Sean and mandolinist Chris Thile. In addition to singing and fiddling, Watkins also plays the ukulele and the guitar, and also played percussion while touring with the Decemberists. Sara Watkins, 40, is a talented multi instrumentalist and vocalist, since leaving the group she has been in demand as back up support by artists such as Jackson Browne, with whom she has recorded and toured, as well as pursuing her own recording career and touring and recording with I’m With Her.

Sarah Jarosz (right) 30, is another American singer and multi instrumentalist. With her captivating voice and richly detailed songwriting, Sarah has emerged as one of the most compelling musicians of her generation. A four-time Grammy Award-winner at the age of 29, the Texas native started singing as a young girl and even when still young had become an accomplished multi-instrumentalist.

Regarded as a bluegrass prodigy she has six solo albums to her credit along with collaborating in the I’m With Her trio. She appeared on Transatlantic Sessions 4 singing Bob Dylan’s Ring them Bells.

Both Nanci Griffith and Guy Clark have been strong influences on her career and her bluegrass influences come from Nickel Creek.

In her solo projects she has explored the musical territory of Nickel Creek and that bands mentor, Alison Krauss. It is singer songwriter folk rock with strong harmonies and acoustic instrumentation. Sort of Nanci Griffith meets Alison Krauss.

Sarah´s latest album World On The Ground (2021) is produced by, and features as an artist,  John Leventhal, husband of Rosanne Cash, and is perhaps her strongest yet, certainly in terms of her storytelling lyrics.

The Transatlantic Sessions before BBC cuts let them drop even though the programmes were offering clues as to who there may be in the next generation to carry our music along, whilst at the same time reminding us that we have a pretty strong section of an older generation still remaining in play and making a difference. I have just booked to see a live Transatlantic Session at The bridgewater Hall in Manchester in February 2022 and to see Beth Neilson Chapman, still making great music, at The Royal Northern College of Music in April

Perhaps there is no real need to worry, Norm. The music we love is being well cared for. The baton has been passed and there is every reason to think the circle can remain unbroken in the safe hands of a new generation of female singer-writer musicians.

The prime source for this article was a personal note I received from an old friend, by Peter Pearson.

Peter (right) is retired now and so has plenty of time for pursuing his two passions of keeping fit and listening to live and recorded music (but not at the same time!). he describes himself as  something of an audiophile and his music tastes range from John Stewart to Gustav Mahler.

´So Sidetracks and Detours´, says Peter Pearson, ´makes for the perfect read´.

This article was edited by Norman Warwick, a weekly columnist with Lanzarote Information and owner of this daily blog at Sidetracks And Detours.

Norman has also been a long serving broadcaster, co-presenting the weekly all across the arts programme on Crescent Community Radio for many years with Steve, and his own show on Sherwood Community Tadio. He has been a regular guest on BBC Radio Manchester, BBC Radio Lancashire, BBC Radio Merseyside and BBC Radio 4.

From Monday to Friday, you will find a daily post here at Sidetracks And Detoursas and should you be looking for good reading over the weekend you can visit our massive but easy to navigate archives of over 500 articles.

The purpose of this daily not-for-profit blog is to deliver news, previews, interviews and reviews from all across the arts to die-hard fans and non- traditional audiences around the world. We are therefore always delighted to receive your own articles here at Sidetracks And Detours. So if you have a favourite artist, event, or venue that you would like to tell us more about just drop a Word document attachment to me at normanwarwick55@gmail.com with a couple of appropriate photographs in a zip folder if you wish. Beiung a not-for-profit organisation we unfortunately cannot pay you but we will always fully attribute any pieces we publish. You therefore might also. like to include a brief autobiography and photograph of yourself

in your submission. We look forward to hearing from you.