Blog
You are here: Home1 / Blog2 / entertainment3 / SEAN LOCK: made it safe to laugh 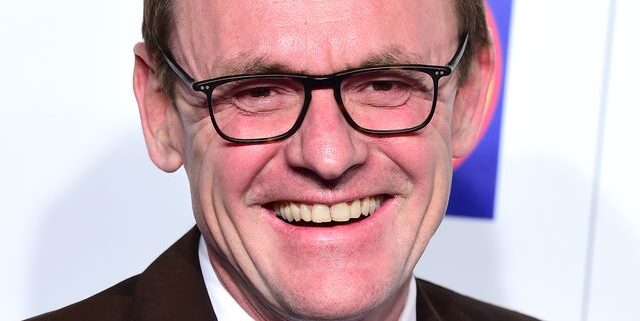 SEAN LOCK: made it safe to laugh

The comic and panel show star – who was a big supporter of the Muswell Hill Soup Kitchen – died at home surrounded by his family, according to a statement from the Off The Kerb production company.

A father-of-three, he was a British Comedy Awards winner and famed for his stints as a panellist on show Eight Out Of Ten Cats.

He also wrote and starred in the popular BBC sitcom 15 Storeys High.

The statement from Off The Kerb – his agents – said: ´It is with great sadness that we have to announce the death of Sean Lock.

He died at home from cancer, surrounded by his family. Sean was one of Britain’s finest comedians, his boundless creativity, lightning wit and the absurdist brilliance of his work, marked him out as a unique voice in British comedy.

Sean was also a cherished husband and father to three children. He will be sorely missed by all that knew him.

We kindly request that the privacy of his family and children is respected at this difficult time.

Lee Mack, seen left talking to Sean, centre, and fellow guests on a tv panel show, was a close a close friend, paid his own tribute: ´I’ve known this day was coming for some time, but it’s no less heart-breaking. A true original both in comedy and life. I will miss him so much.´

Locally, Sean was a big supporter of the Muswell Hill Soup Kitchen and then the NextMeal.co.uk site, said Martin Stone, who runs the soup kitchen and founded the site.

In early 2020, Sam told the Ham&High why he was so keen to back those initiatives, saying: ´Purely because the guy who organises it, runs it, created it, lives on my street. I got chatting to him and he said he ran the soup kitchen in Muswell Hill and I said: ‘Yeah, yeah, I’ll come down there sometime.

Eventually I did and I think while he was looking at my washing up he commented that ‘there are other ways you can help us’.

Sean was born in Woking, Surrey, and after he left school in the early 1980s, he began working on building sites. However, he developed skin cancer, which he blamed on over-exposure to the sun. He made a full recovery and focused on a career in comedy.

One of his first professional TV appearances was in 1993, starring alongside Rob Newman and David Baddiel on their signature TV show Newman And Baddiel In Pieces.

He script-edited the 1998 BBC Two series Is It Bill Bailey? and had his own show on BBC Radio 4 called 15 Minutes Of Misery, which was later expanded into TV series 15 Storeys High.

He frequently appeared on tv programmes like Live At The Apollo and on Would I Lie To You. It was on the latter that his constant reaching for the absurd was, perhaps. best rewarded. I remember that his his ´how to get rich quick in Europe´ turned out to be no more than a make home-made jewellery and flog it on the beaches kind of idea. On another show in these series he introduced a man he had apparently rescued from being entrapped in a camp-site portaloo several years ago.

There was always a glint in his eye and a mischievous smile on his face. He enjoyed the telling of his absurd tales as much he did the punch-lines.

It is only now, after his death, that all that we took for granted about him is brought to the fore and spoken about. There is no doubt about how respected, and more importantly, well-liked, he was among his peers and I´m somewhat ashamed to say that it is too late I have come to realise that what made him stand out from the crowd was perhaps that he loved a joke as much as we all did.

A LITTLE DEVIL IN AMERICA