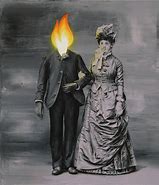 Artist Paco Chika (shown far left) Lanzarote during the global financial crisis of 2009 when the economic challenge provided an opportunity.

´I was able to sell my house in Nazaret, on Lanzarote´, he said recently, ´when circumstances led me to Denia, near Alicante. Now, things are going well, and I have one foot in Mexica and a place forever in my heart for Lanzarote´.

Paco was speaking to Lanzarote Viva, a quarterly, glossy magazine that has just published the piece in its edition for July, August and September

´I´m working with a prestigious architecture and decorating studio, and I have an exhibition to Frida Kahlo and her work, which runs until August at´, Paco continued.

´Opened in July 2016 to showcase and sell the work of artists from Spain, France, UK, Germany and the USA and many artists from these countries have strong connections to the gallery (left). The Gallery is committed to taking part in the traditional and contemporary cultural actions led by Adsubia-Forna´.

He uses the great quality of his portraits to introduce his characters as though they have been rescued from the world of art, music, politics or cinema, ironic and even crazy situations, and in doing so he somehow brings them closer to us. Paco twists the rules of the game between theme and composition, by employing pseudo-photography that in some cases is delivered in the frame of a  comic vignette and at other times shown as manga art work in others. The large format of the paintings, the vibrant colours and the magnetism of the chosen characters, invariably portrayed as mythical rather than iconic, and the ingenious concept of his compositions make his most recent work signal him as one of the most remarkable workers currently creating within Pop Art in Spain. However, the work of Paco Chika is so unique and personal that, although it begins in the style of Pop Art and is sometimes pigeon-holed as such, it is in fact soaked with a personal and artistic imprint of great genius that will no doubt continue to thrive.

He has been nominated for many, and won several, awards in recent years and has staged almost a dozen major exhibitions. He will surely yield one day soon to a call from the galleries of Lanzarote surely await his return.

¨I´m also in touch with several galleries in Mexico´, he smiles, ´which I visit frequently because my current partner is Mexican. I always return from there feeling invigorated with creative energy´.

´Of course,´ he adds, ´I have a strong cultural link with Lanzarote. Its where the artist in me was born. When I first arrived there I was working in a different field entirely but, after I recovered from a serious accident, Lanzarote is where I found my true vocation. I´ll be back, but who knows when and for how long. Perhaps I will be just swept along by the tide.´

We wonder if there may be a writer as well as an artist inside Paco. He certainly tells a good tale about his affair with his Mexican artist ! It is one of thrilling capers and escapades, as he speaks excitedly of a journey in a van and a ruinous artistic adventure in Paris. There is an emotional re-union, too, with a former colleague, then a thousand or more further kilometres in the van, and a boat journey to Las Palmas. It was there, in The Museum Of Modern Art, that he first saw the one he has been walking hand in hand with ever since.

Reading about him on line I was struck by his interest in Frida Kahlo as my writing partner Pam McKee and I were recruited, under the name of Just Poets, to work with other Artists In Schools to encourage interest in the arts and exploration of alternative career paths. We ran poetry workshops based on the works of artists like Turner, Damien Hirst, Degas, Van Gogh and Freda Kahlo. Pam was a huge admirer of Kahlo, this artist of often colourful, but nevertheless somehow melancholy works. In fact a few years later, as a mature student, Pam achieved in a dergree in the History Of Leeds via the Open University.

Kahlo’s work as an artist had remained relatively unknown until the late 1970s, when her work was rediscovered by art historians and political activists. By the early 1990s, she had become not only a recognized figure in art history, but also regarded as an icon for Chicanos, the feminism movement and the LGBTQ+ movement.

Frida (left) was the subject of an eponymous film made ´about her´. The 2002 American biographical drama film directed by Julie Taymor depicted the professional and private life of the surrealist Mexican artist. Salma Hayek starred in an Academy Award–nominated portrayal as Kahlo and Alfred Molina as her husband, Diego Rivera, The film was adapted by Clancy Sigal, Diane Lake, Gregory Nava, Anna Thomas, Antonio Banderas and unofficially by Edward Norton from the 1983 book Frida: A Biography of Frida Kahlo by Hayden Herrera. Frida, the film, received generally positive reviews from critics, and won two Academy Awards for Best Makeup and Best Original Score among six nominations.

Anyway, back to the present. The Adsubia Gallery says of Paco, ´we are very happy to introduce you to our latest Spanish artist in the Adsubian Gallery, Päco Chika, who is currently exhibiting with us. Paco is presenting a segment of his large body of work, this one based in his adoration for the great painter Frida Kahlo, as he feels constantly inspired by her courage in the professional and personal world. This solo show will be running from the 2nd of April all the way through spring and summer, up and until the 7th of August´.

So, try to get to see it if you can but, if not, then I urge you to visit Paco´s own virtual gallery at

to see why he is so highly thought and I´m so looking forward to seeing him back on the island, having been introduced to him by a fine article in Lanzarote Viva.