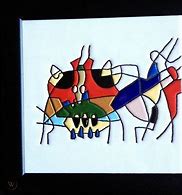 Following yesterday´s article, The Canary Islands New And Improved about Tourist Officer Yaiza Castillalooking at how to create new tourist demographics throughout the islands, we post today´s piece on the day Boris Johnson has placed restrictions on Uk vistors to Majorca, Ibiza And The Balearic Islands. Yaiza (right) has spoken about creating sports holidays and arts-based holidays and indeed, we have already posted reviews of this year´s Ironman Triathlon events and of The Canary Islands International Music Festival, that draw so many vistors to Lanzarote, and today we look at an initiative that is drawing creative artists here for protracted holidays. Next week we will be posting an interview with Dr. Burkhard Bensmann, a new resident on the island who believes his concept ¨The Seven Fields Of Self Leadership´ could profoundly affect art and commerce on the island as we step out of the shadow of covid.

It was thanks to the work and initiatives of Cesar Manrique that the arts scene first began to flourish here in the nineteen eighties. It was a period during which many artists from not only all over the world but also from a wide range of artistic disciplines, came to visit or even to settle on Lanzarote. They came because of their awareness of Manrique and how he was re-shaping an island with a burgeoning reputation for creativity. The island, in the years preceding this, had  gathered around itself an air of  mystique, as a retreat, almost, and certain exclusivity prevailed until the mass arrival of sun, sea and sand seeking tourists.

It was in 2004 that The Nautilus Hotel responded to this by opening its doors with the humble idea of creating an artists´ residence on Lanzarote.  They called it, appropriately la Casa del Artista, (right). Since then seventy artists from a score and more nationalities, and a breadth of different disciplines  have enjoyed its hospitality. The project is managed by Res artis, the world´s leading network of international artists´ residencies, which has over 700 approved members in eight five countries around the world.

La Casa del Artista offers artists a creative environment where their every need is taken care of, whilst they work on a project previously mutually agreed with the management of Res artis. the average length of stay agreed with of an artist is of between 21 to 45 days and during that all the artis has to think about is letting his creativity flow.

As a result of this initiative  The Nautilus is a unique space; a venue brimming with works of art, including original paintings and sculptures. It participates in various international art fairs, like JustMad and collaborates with galleries and Arts Association, Itzal Aktiboa, and with schools, such as the particularly well known education centre here, owned by artist Pancho Lasso.

Nevertheless, the work of this this private, small scale operation is but a drop in the island´s surrounding ocean when compared to the tourist campaigns run by the local authorities on Lanzarote. That small droplet, though, has a rippling effect and sees guest artists convey, through their art, their experience and enjoyment of the island. The project´s scope of influence, then, is continually expanding. This combines with and complements other tourism models that focus on sport, family, nature or other aspects of the industry.

There is a resurgence in the magnetic effect of this ´retreat´ that sees it attracting more and more creative hands and minds. We are witnessing the start of another Renaissance period, perhaps.

Not only is Casa del Artista well known here on the island but its fame is growing again overseas, too. This is an important factor if Lanzarote id to grow again in the new, and ever more competitive elements that no doubt lie ahead in post lock-down days. Visiting artists from all over the world are coming to Lanzarote and making important connections here. Word of mouth publicity is helping Nautilus, and thereby Lanzarote, to build its reputation as an ideal destination for artists. This bespoke arena for artists provides is ready to provide a tourism model to attract an alternative tourist market perhaps more interested in our island´s arts and culture than in its sun-loungers and parasols.

It seems certain that, as far as the arts world is concerned, Lanzarote is already re-emerging as an exclusive destination that is becoming an even better version of tis previous self.

Rochdale Town Hall I remember from my years of working as a community artist )poet and creative writer) in the UK so many wonderful events at which we brought together a variety of art forms in an effort to restore the reputation and image of Rochdale, a town then buckled by the Cyril Smith stories, the awful grooming case that shocked the world, British National Party marches (recruitment drives) along its High Street of empty shops and desolate open land. As artists, bringing together our diverse art forms, we knew that arts should not and probably could not survive in isolation. Arts are an integral part of a community, and harnessed correctly a town’s artists can help change outside perceptions, attract inward investment, and invite spending from beyond its own population. There is evidence of successful such regeneration in towns and cities across Europe.

Lanzarote doesn´t have anything to apologise for: there is nothing to hide, However, we cannot stagnate as the world re-aligns in a much fiercer playground than ever it was. The arts and their artists, whether indigenous or visiting, can do much to remind the rest of the world of our vibrancy and energy, and if we offer something different ( even if only new wine from old bottles as Angela Carter put it), we can bring back our tourists.

The prime source for this feature was a piece written by Angela Aracocha BA, who with her degree from in Tourism from the University of Plymouth clearly speaks with some authority. Her work was published in Lanzarote viva magazine, and I really wish she had been around in Rochdale twenty years ago when local artists were fighting so hard to build cross sector partnerships to rebuild a town perceived as being down on its knees, but that had, in fact, an incredibly strong infrastructure of arts and culture.