Blog
You are here: Home1 / Blog2 / AATA3 / MUSIC HONOURS ITS OWN. a tribute to Denice Johnson 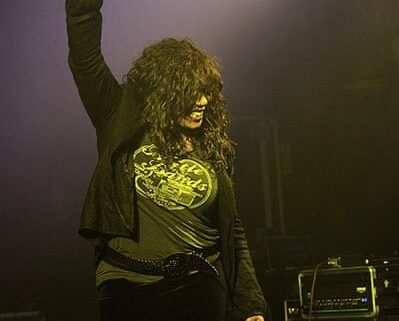 MUSIC HONOURS ITS OWN

Tributes have been paid to more than 100 mourners who stood silently and socially distanced outside Manchester Crematorium in July of last year, (see left) during the covid crisis, to pay their respects to singer Denise Johnson, while others watched the service online on a live-stream. They were there to pay tribute and respect to a ´pioneer of the Manchester music scene´ at her funeral.

Fifty six-year-old Denise was perhaps most widely known for her work on Primal Scream’s critically acclaimed 1991 album Screamadelica. Although so many people turned out to her funeral, restricted numbers inside the crematorium meant mourners were asked to instead line the route of the funeral procession through Chorlton.

One mourner carried balloons in the shape of hearts and stars and some people were in tears at the sight of the funeral procession. DJ Dave Haslam and TV personality Terry Christian were among those who attended and applauded as the cortege arrived at the crematorium in Barlow Moor Road. They watched as the coffin, which was black with Denise written on the side in silver and had sunflowers laid on the top, passed by in a silver carriage pulled by two horses.

The service began with the musician’s 1994 single Rays Of The Rising Sun.

A eulogy, read by her cousin Sandra Hardial, told of how Johnson had sung with a number of bands and had become a ´pioneer of the Manchester music scene´ in the late 1980s and 1990s.

She said: ´Many knew her as an icon of the UK music scene but, for me, Denise was my best friend who I loved and adored´.

She said a debut solo album by Johnson had been due to be released in September.

Another cousin, Lloyd Hardial, described Johnson’s childhood growing up in Manchester, adding: ´A prouder Mancunian I have never met.”

Friend Sue Langford said: ´The music she made throughout her life will be her legacy. It will continue to comfort us and help us to heal but also to inspire us and bring us joy.´

The poem Phenomenal Woman by Maya Angelou was read and Just A Little More, which Johnson recorded with Fifth Of Heaven, was played. The service ended with a recording of Johnson singing True Faith by New Order, one of many groups she performed with.

Following her death, tributes were paid by stars including Johnny Marr and Peter Hook, the English singer, songwriter, composer, multi-instrumentalist and record producer. Best known as the bassist and co-founder of English rock bands Joy Division and New Order, Hook often used the bass as a lead instrument, playing melodies on the high strings with a signature heavy chorus effect. He will have known Denise as an integral part of the successful Manchester music scene of that era.

So moved was I by this account that I looked up more information about a lady who had obviously had made a profound and prolific impact on the music she embraced.

Denice was born in 1966 in Manchester, England, änd grew up in a culturally diverse household with a Jamaican mother who introduced her to reggae and ska music, as well as pop albums by Diana Ross, Gladys Knight, Simon & Garfunkel, and others. She sang throughout her youth, appearing in school musicals and singing in the choir.

By her twenties, she was singing professionally in local cover bands, drawing personal inspiration from artists like Abba, Kate Bush, Karen Carpenter, and The Stylistics. Later, she also expanded her ear, listening to jazz-informed singers like Nina Simone and Chaka Khan. She eventually joined the contemporary R&B group Fifth of Heaven, with whom she made her recorded debut. It was also with Fifth of Heaven that she first gained wider exposure supporting singer Frankie Beverly and Maze during a tour of England in the late ’80s.

More work followed, including recordings with Tony Martin’s electronic outfit Hypnotone. It was through Martin that she began working with singer Bobby Gillespie and the neo-psychedelic Scottish dance-rock band Primal Scream. Johnson was featured on the group’s ground-breaking 1991 album Screamadelica, singing prominently on singles like Movin’ On Up, and Don’t Fight It , Feel It, a Top Ten hit in the U.K., where it also took home the first-ever Mercury Music Prize, the album also fared well on the alternative charts in the U.S. and helped popularize the Manchester-inspired ´Madchester´  sound.

A family statement, posted on the website of band A Certain Ratio, who Johnson also sang with, (see above) said: ´Everyone in Denise’s family has been stunned by how much love has poured from friends and colleagues around the country and from all corners of the world: they’ve found it so supportive after Denise’s sudden death, and their message to you all is, simply, Thank you’.