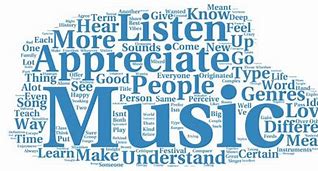 ´Streaming technology,´ explains Geoffrey Himes in a recent article at the Paste on-line site, ´has made it possible to narrow that gap between the recording and the release of an album.´

Although he recognises that, theoretically, you can record something one day and post it on the net the next, it usually doesn’t work that way. Both artists and their labels like to mix and remix the music, then set up the release of an album with singles for fans and radio and advance copies for the media. Depending on the record company’s promotional strategy, that lapse can be anywhere from a month to three years. Any person, including a recording artist, can change their hearts and minds quite a lot in three years !

´Thus´, muses Geoffrey, ´if a recording is released in October 2020, as Sam Smith’s Love Goes was, it might include tracks from 2018. It might reflect the heartbreaks and reflections of that year, rather than the present one.

Of course Mitchell’s demos and radio shows from the years before her first studio album aren’t new in the way that Smith’s are. These aren’t just different years; they’re different eras. Remember, though, that the public can’t react to music until it’s made available to them, and our first chance to engage with this unreleased music from Prince and Mitchell was in 2020.

´In that sense,´ Himes points out ´it’s new music.´

It might even be argued that no music is complete until it has interacted with an audience. The writing and the recording of a song are just preliminaries in the musical event. The experience isn’t complete until the music connects with a group of listeners and evokes emotional response(s). Maybe that response is what the artist intended and maybe it’s not. But that reaction is the whole point of music-making, which is fragmentary without it.

´When Prince, Mitchell or Smith write a song about romantic desire,´  insists the journalist, ´what’s important is not what the song says about the artist but what the song says about the listener. If they record a song about being attracted to a teacher, a drummer, a philanderer or some other inappropriate object of desire, it doesn’t matter who that person was in their lives. What matters is who that person is in the listener’s life—and how that listener deals with those feelings. If the song succeeds, it succeeds because it helps that listener to clarify and channel those same emotions.´

In the streams in which we now paddle, the question being asked is actually about whether reissue albums make any sense. If we can now pluck any song from any prior release to make our own playlist, why do we need a record company to assemble a greatest-hits collection? And it’s true, those Best of… anthologies don’t serve their initial purpose and seem to be disappearing.

Geoffrey Himes reckons, though, that ´on the other hand, it does make sense to reveal an under-documented era of an artist’s career by combining unreleased and poorly distributed performances with officially released tracks to tell the complete story for the first time. That story can´t be fully told with just one or two tracks; you need dozens to paint the full picture. When you add some decent liner notes, you have an experience that you can only get from a box set.´

Himes believes that most box set reissues are either interesting footnotes to major careers or useful summations of minor careers. But a few are different. They add a major chapter, previously unavailable, of a major career.

He counts at least five times at which that happened in 2020, as Prince, Sonny Rollins, Joni Mitchell, Harry Smith and Bobby Bare all had their musical histories reshaped by crucial new releases.

Our joined up jazz journalists and their readers here at Sidetracks & Detours will know that after releasing eight albums in the five years from 1962 through 1966, saxophonist Sonny Rollins didn’t release any from 1967 through 1971. This wasn’t because his powers had diminished in any way. That’s obvious from the 2020 box set, Rollins in Holland. During a 1967 tour of that nation, Rollins teamed up with a local rhythm section (drummer Han Bennink and bassist Ruud Jacobs) for a handful of live and studio sessions.

Himes enthuses that ´the results are revelatory.´

Rollins had perfected a thick, sonorous tone on his tenor sax that he could control as if the horn was a plane and he were the pilot, swooping high and low, darting here and there. The chemistry between Bennink and Rollins was incendiary, with each pushing the other beyond his usual boundaries.

Mitchell’s Archives, Vol. 1: The Early Years [1963-1967] are just as revealing. She wasn’t at the height of her powers, as Prince and Rollins were, but these early recordings track how she gathered those powers year by year, even month by month.

Himes reminds us that ´in late 1964, she’s still singing traditional folk songs in an overly sweet soprano. By the summer of 1965, she’s writing original songs like Urge For Going.

By 1966, she’s performing The Circle Game and Night in the City in a tart soprano at a Philadelphia coffeehouse.

By 1967, she sings Both Sides Now on a radio show, and later that year delivers an impressively confident show at an Ann Arbor coffeehouse, proving that she’s more than ready for the big career right around the corner. That show is also available separately as a two-CD set, Live at Canterbury House 1967. But only if you listen to the entire box set can you grasp Mitchell’s rapid evolution and enjoy all of the thirty songs never released on an official Joni Mitchell album in the 20th century.

Geoffrey Himes makes an argument, I think, that old songs and recordings become ´new´ each time they reach a new temporal or spatial audiences. this argument allows him to suggest that the songs on another box set, Harry Smith—The B Sides, (see left) have all been previously released, but they were put out on 78s between 1926 and 1933. Most of these tunes have been unavailable ever since, so they should be considered as new music as much as the Prince or Smith albums. Folklorist Harry Smith was famous for compiling American Folk Music, from his personal collection of 1926-1933 diversity that included blues, gospel, folk, Cajun and string-band 78s, for a six-LP box set released in 1952 for Folkways Records.

The set had a huge impact on the folk-revival musicians of the fifties and sixties, not least on Bob Dylan. It created a big stir again when it was released on six CDs as The Anthology of American Folk Music by the Smithsonian in 1997. Dust-to-Digital Records (what a great label name, by the way)  had the inspired idea to go back to the original 78s and find the song that was on the other side of each song Smith chose for his anthology. The result is Harry Smith—The B Sides, proof that the well of staggering music from that era is deeper than anyone thought.

The box set Bobby Bare Sings Shel SilversteinPlus contains mostly previously released material, but it does unveil for the first time his legendary lost album, Great American Saturday Night, which is also available separately. But it’s the box that tells the whole story of the unlikely but extremely fruitful collaboration between Bobby Bare, a country star raised on the north bank of the Ohio River, and Shel Silverstein, a hipster raised in a Jewish neighborhood in Chicago.

As unlikely as the above is that I once had a poem anthologised and on opening the book I found myself on the facing page to a contgribution from Mr. Silverstein !

In case we should overlook Bobby Bare´s collection, though, Geoffrey Himes reminds us that Bare recorded almost one hundred and twenty songs written by Silverstein, and a dozen of them were top-30 country singles, including Bare’s only chart-topper, 1974’s “Marie Laveau.” All of those songs are included in the new eight-CD box set, which also includes 19 contemporaneous tracks by other songwriters. The background story, detailed in a 128-page hardcover book in the box, is almost as strange and funny as the songs themselves.

Of course, a lot of great music that was made in last few years was also released in 2020. Himes reminds us that some acts, such as the Drive-By Truckers, Taylor Swift, Dave Alvin and Darrell Scott took advantage of all their downtime during the pandemic to each release two full albums of good music in 2020. Sam Smith put out Love Goes, one of the best R&B heartbreak albums of all time. Waylon Payne, the son of Sammi Smith and Jody Payne, emerged from the shadows of Nashville legend to deliver his first properly released album, Blue Eyes, the Harlot, the Queer, the Pusher & Me, a record good enough to justify the myth-making.

American Aquarium proved that they had grown up a lot since their callow indie-rock days to craft a moving Americana album, Lamentations. Australia’s grandmaster singer-songwriter Paul Kelly made an elegant voice-and-piano album, Please Leave Your Light On. Katie Crutchfield, working again as Waxahatchee, released her rootsiest, best album yet, Saint Cloud.

The magnificent country singer Chris Stapleton released the best solo album of his career by getting some crucial outside song-writing help. Stapleton’s former band, the Steeldrivers, made Himes´ favorite bluegrass album of the year, Bad for You.

photo 6 His favourite classical album was by Eighth Blackbird, called Singing in the Dead of Night and his favorite hip-hop records of 2020 were Run the Jewels’ RTJ4 and DJ Shadow’s Our Pathetic Age.

Even in what Geoffrey Himes describes as ´the most depressing year of our lives, a year of plague, fire, floods, murder and treason´ he found solace in music never available before, whether it was recorded in the nineteen twenties or the twenty twenties..

His selections mentioned above, and his justifications for those selections, all make perfect sense to me and, along with his eloquence and sense of humour and forthrightness, are an example of what makes him my favourite music journalist. He actually published his full list of what he considered to be the 100 best albums of 2020.

Putting my faith in Venn diagrams I created one that I anticipated would have almost a hundred entries in the shaded area representing albums those that he and I both loved.

The resultant circular colour chart, though, actually, and much to my surprise showed only around 20% commonality between his list and mine.

Artists such as Prince, Dylan, Drive By Truckers and Sonny Rollins were certainly placed in the shaded area alongside Joni Mitchell, Bettye Lavett and Steve Earle, Bobby Bare and Dave Alvin.

Two very different singers but. perhaps. very similar souls were there, too, in Gregory Porter and Willie Nelson.

photo 7 old crow The Chicks, Jason Isbel, Little Big Town and Old Crow Medicine Show were in the overlap of the circles as well, and Margo Price and Gretchen Peters stand either side of Elvis Costello in a strange triumvirate, with Fantastic Negrita there as well.

All this raises more issues, as Geoffrey Himes´ articles invariably seem to do. he raises the point about how differently an artist might feel about his own song between the time of recording and the time of its release but I also think there is much ground to explore about how we as listeners (and fans) respond differently to songs over time depending on what life has given us or taken from us and, indeed how social history re-contextualises our favourite songs, and I give you Armstrong by John Stewart as a prime example.

Meanwhile, Geoffrey Himes´ full article and list can be found at

TAPESTRY – a stitch in (fifty years of) time