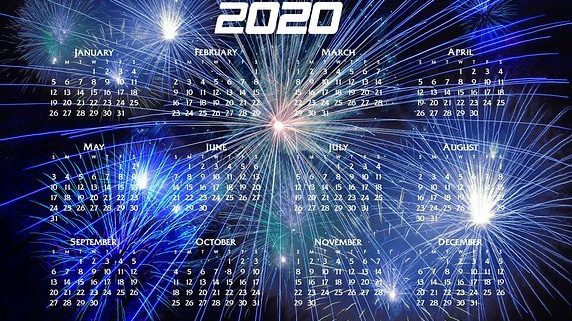 ART BEAT CLIMBING BACK TO NORMAL?

In the last couple of weeks, whilst reporting for Lanzarote Information on-line, and for our own Sidetracks & Detours blog, Lanzarote Art Gallery in Costa Teguise where we explored an incredible collection by Lanzarote artist Ildefonso Aguilar. We have also been able to visit an artists´ retreat in La Vegueta (see left) where we met with three of five exhibiting artists. These two galleries are almost polar opposites in that The Lanzarote Art Gallery is gilt edged and pristine and dignified, and the Casa Amitista retreat more comfy cosy, but each absolutely privileges its exhibitors

We have also been able to visit the El Salinero Theatre in Arrecife to see the Zaragoza Enigma Chamber Orchestra deliver a wonderful concert, even if in a slightly surreal atmosphere of socially distanced seating. We have previously reported on what a strange experience live concerts are in these strange times: reduced seating, socially distances and artists and audience all masked up. Nevertheless management and front-of-house staff manage to make us feel welcome even whilst keenly watching every move we make and ensuring we all behave responsibly.

photo 3 Sadly, a promised visit by The Morimoto Sisters at the same venue on 20th November had to be cancelled due, we think, to the still tight restrictions of singing in public. This would have delivered a duo of voices, featuring Satomi and Emiko Morimoto, two Japanese siblings, who include in their repertoires music from east and west, performed at a very high level thanks to their prodigious voices and their virtuosity at the piano.

Sadly we missed the inauguration of an exhibition at Casa Benito Peres Armas. Sombra y Luz by Helgard Wurtel and Tina Caramellino opened on Wednesday 4th November at 9.00 am. There were also family performances of a show by Clown Balto and Trio Advance at the same venue on 12th November. Furthermore a session of story-telling for adults, titled Mythologies And Women Of Lanzarote, took place there on  25th November at 8.00 pm and a photography workshop was conducted by Gustavo Medina on the 27th and 28th.

All of these events were delivered to a reduced capacity with all attendees having to reserve their tickets in advance by telephone and then, on attending, had to adhere to strict social protocols. These, as always, included the wearing of a face mask, sanitiser application, the checking of temperatures and the observing of social distancing indicators as well as other measures.

The more quickly we become accustomed to such caution the less nuisance value it will seem to have, and we should all become more comfortable when attending happenings such as the pictorial exhibition of works by Paulo Alfano, housed in the Rubicon Shop And Fun Centre, where a nativity play-centre will be installed from the 14th  December, and where, recently, the Black Friday shopping celebrations (with major discounts, we are promised) were held from the 23rd to 29th November.

A remote activity that took place in November was Miguel Agueralde´s on-line creative writing workshop which took place every Thursday from 6 to 8 pm. This on-line course was sponsored by Tias Council for people of all ages from any of the municipalities of the island. Anyone interested in future courses can contact

Miguel Aguerralde, a resident of Lanzarote, is a Primary teacher and writer of thrillers and horror novels. He is a member of Nocte, collaborator in several literary publications and contributor in the local magazine Yaiza Informs You. He has participated in number  of short story anthologies , such as Spectral Tavern (23 Steps, 2010), Errors of Perception (DH Editions, 2011), Classic Monsters (Culture H, 2011) Illusionary (Asoc. Matrioska Fons-Mellaria, 2011), Pumpkins in the Clive Barker Special Storage Room (Bone Sack, 2012) and Postcards from the End of the World (Editorial Universe, 2012) among others.

The author recently showcased his new children´s publication, Pequenos Superheroes at the Arrecife Civic Centre. He also launched his novel for adults, Los espectros de Nueva Amsterdam (The Spectre Of New Amsterdam) at the municipal library.

Find out more at

As ´new´ residents on Lanzarote, having retired here from the UK five years ago, we have seen just as clearly, and have been saddened just as severely as the indigenous friends we have made here by the devastation and continuing setbacks that covid19 has caused.

As I concluded this article in answer to my own question posed in our headlines, I was about to suggest that all this was a promising start. But then the outlook changed again. So much of Lanzarote´s prosperity, of course, comes from the expenditure of our visitors from abroad. It is this income that keeps our restaurants open and it is those visitors for whom we create much of our arts and cultural calendar. When Germany, then, who provide such a large number of visitors here, fell back into a total lockdown a couple of days ago, things began to look grim. UK Prime Minister Boris Johnson then changed his tone and tightened the moral reins, and insisted that visitors to Lanzarote would have to be quarantined on their return to the UK and everything became even moire depressing.

Still, concerts were being advertised on Lanzarote  and there is a great demand from the indigenous people of the island. Tickets, though are in reduced number, and are made available on line from only a very few days before each concert.

So as soon as the on-line ticket office opened on Monday 14th December for a concert by contemporary singing star Maru Cabrera we were on our computer at nine a.m.  sharp, armed with passport numbers and all sorts of other I.D. bits and pieces, to reserve our two tickets.

Dee tapped in our details for a choice of two of the 35 sporadically placed green dots splattered like a Jackson Pollock painting, amongst  the 100 grey dots representing seats that were not being made available due to covid protocols. The screen flashed to tell us that one of our chosen two had just been sold. Quickly selecting another couple of green dots still being shown we took less than sixty seconds to type in new seat numbers only for the screen to flash up a tickets all allocated sign. Those who were born here and could read the web site fluently in Spanish proved to have the ´fastest finger first´ as Jeremy Clarkson would have said on Who Wants To Be A Millionaire. It is of course, only right and proper that the tickets do go to local people first, but it was a bitter pill to swallow.

You might wonder why we didn´t have press passes. Well, we used to receive press releases and press passes to all sorts of events even after the start of covid, but then our Sidetracks & Detours press office system was hacked and much as we have urged the press offices of The Cabildo (local island government) to restore our names to their mailing list,  butso far to no avail. I guess they have bigger things on their mind. Of course I could phone, sounding pompous in English, to a man who only speaks Spanish, and finally in frustration, ask Do You Know Who I Am, a question fraught with the danger of receiving the response of ´Lo Soliento, Senor,… I have absolutely no idea !

There is a classical piano concert on 26th December and we will go through the whole rigmarole again to try to secure tickets to enable us to bring you a review. We do that, of course, because we love the arts, and because with Lanzarote Information On Line providing us with this platform from which to reach such a massive number of English speaking. Beyond our usual demographic, these are those who live on or regularly visit the island, from here we can help boost ticket sales with our news, interviews, previews and reviews service. With fewer tickets now being made available for events on Lanzarote, and snapped up by the islanders who have always attended such events, our present role is not so effective, nor perhaps, needed, until covid is returned to its lair.

I therefore don´t hold too much optimism of finding tickets for the piano concert by Pancho Corujo scheduled for 26th December at the El Salinero Theatre in Arrecife, although as this is a bigger theatre than Cic El Almacen where Maru was performing, and hopefully there will be more tickets available. So we will hit the computer on Monday 21st at 9.00 a.m. (on your behalf, of course, because everything I do, dear reader, I do it for you) and will let you know how we get on.

Meanwhile, the only pantomime showing in London, an all star cast including the usual suspects of Clary, Biggins and Havers has been forced to close after only a few nights of rave reviews. Thousands of people returned to some grounds to watch live football in the UK before covid bared its fangs and closed the grounds again, and who knows how Dickens might have described this Christmas?

Next time around, though, with a promised vaccine being prepared for the New Year, might feel a little bit different and more optimistic. Noddy Holder is probably clearing his throat already to shout out ´Its Chriiistmaaaas!’………. in 2021.