Blog
You are here: Home1 / Blog2 / AATA3 / A BALM FOR THE PHILISTINES, OINTMENT FOR THE MIND by Michael Higgins 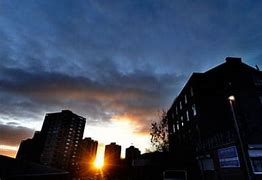 A BALM FOR THE PHILISTINES, OINTMENT FOR THE MIND

This month’s Baum Report is later and a lot vaguer than usual. I was developing a bad cold with sore throat that day and should not have gone to the Baum Reading in the first place. I thought the worst was over by Sunday afternoon, after forgoing all my usual Sunday activities, and despite spending all afternoon looking for a missing poem I wrote in Canada a few years ago, called Pumpkin Moon, and wondering  whether and what to sing, I decided to take a chance and go. Susan was succumbing to a cold too so the omens weren’t good. However the weather was fair, the bus was only a few minutes late, and the first stop at a well known hostelry in Rochdale (the Regal Moon), which was well-attended. Nevertheless there was a semi-chilling draught from the several back doors that kept opening for the larger than usual pub crowd.

The international beer festival was still on with beers on offer from Canada to Japan, Lithuania to New Zealand but whatever I tried tasted bland (something called ‘Blunderbuss’ ). The Canadian ‘Thirsty Beaver’ had long sold out. The burger and chips tasted bland. Everything was bland and getting hot and feverish by turns. As we trudged wearily up the slippery  slopes, silent alleyways, and secret passages to the Baum, the boarded up windows and dark, foreclosed premises lining our route seemed to sigh and whisper, ‘go home , sick man , go home’. But we persevered, though our echo-less shuffles and the tired, weary rustling of our overcoats added to the depressive darkness of Rochdale in late Autumn. Even the newly renovated ‘Co-op Museum’ with its rather garish lift and stairwell extension seemed empty and foreboding.

The upper room of the brightly lit Baum however was thronged, or’ thrung’ as one says in the dialect, overheated and loud. We were almost the last to arrive, and I was accordingly numbered as the second last of a long list of over 30 readers and singers. Needless to say, the heat, our fevered brows, blocked ears and nasal passages soon made the readings a marathon of endurance, and although I lasted the course out of sheer sense of duty, Susan left after the first half. She was not best pleased with me anyway as I had spent the afternoon hunting up bits of paper, reading through some of them on the bus, and then re-writing a verse on the table in the Baum. I also had to borrow her pen, another blot on the husbandly duty copybook. Anticipating a theme of Remembrance Day I perversely picked a rogue poem I had written when I was a young Canadian exile: Under the Age of Seventeen. When it was my turn to read I hammed it up by saying I had accidentally brought the wrong folder so they would have to endure my juvenilia.  Susan exhibited signs of disgust, but everyone else laughed. I refrained from mentioning my lost masterpiece, Pumpkin Moon, which was just as well. A new reader, named Vivien (Wroe), read one of her own poems on a moon theme which was every bit as good as my missing piece de resistance.

Alas, much of the evening is now a blur. Robin (Parker) sang a satire on the current Ash Die Back disease to the Welsh folk tune The Ash Grove, Norman (Warwick) led a three part singing recitation of local culture and dialect, and Don (Parry) and Bill read and sang to guitar accompaniment. But the compiling of this report was not helped by the organisers, Robin and Norman, deciding to give everyone nick-names. I was Michael The Lesser (smaller than Michael The Greater). There was also Peter, Peter The Grater (sic-don’t ask, something to do with his occupation, or his writing) and Potting Shed Pete, Towpath Val, Norwich John etc.

Norman said the latter name came from a writers’ group exercise in which as a joke everyone was asked to write something based on the Horwich street-guide which John Leach (seen above seated at Norman´s left-hand side) had misheard as Norwich,( ed: and so the following week travelled to Norwich, some 250 miles away, to walk round the city´s streets so he could write about them !) Non-plussed, he rose, determined to read his ode to Norfolk streets but was persuaded to desist. He did read something else.

The only reader not given a nickname was Catherine Wroe, who comes every week to read despite a speech impediment and childhood disability. Her poem was on the general theme of loss in war. The Nearly Dead Poets Society (Alvin Sawdust and Des Lexic) read individual poems, Alvin recalling that his Desert Rat Uncle claimed his best day in the war was when he was taken prisoner, was fed and clothed properly by the Germans, and did not have to endure the grandstanding and posturing of Lt General  B.L Montgomery whom he blamed for starving him, ordering silly manoeuvres and getting him cut off and captured in the first place. There were many criticisms of Montgomery-vain, stage-stealing, reputation- stealing, over-promoted etc. The said uncle one gathers did not like the war hero one bit. Wow, what a remembrance- day poem, and almost on the anniversary of El Alamein too.

After struggling through my sole pint of beer of the evening, I (right) lasted until it was my turn to sing the Scottish-Canadian folk song ‘Young Munro’ from my Toronto School choir days. The Cape Breton lass singing most of the song falls for the grand uniform of a solder in the 42nd regiment (Black Watch). If she had an Injun Treasure, forty million in great store, she would give it to the forty-second, ‘all for my Young Munro’.  The tune seems to be an old Gaelic ‘wauking song’ (it accompanied beating bundles of washed wool for thickening on a bare table to the beat of the chorus) and the rhythm of such music lends itself to the theory that Blues music originated in the Hebrides.  However my mention of this theory was received with incredulity by Norman and the other singers and musician. My theme was not helped by my singing in an unusual ‘mode’ or folk key, an octave lower than I usually sing.  But I survived , though out of breath, without my voice cracking up and everyone got the hang of the cloth-beating chorus and lass’s eulogy of the said soldier.

I slipped out quietly at the end, but not before Potting Shed Pete read his poem on the shallowness of Avant- Garde poetry.  ‘What on earth are they trying to write?/Their meaning’s obscure and their rhymes are sh*te.’  As he rose to leave he thanked everyone for making the Baum a great place to read in by not being pretentious and suffering only ‘proper poetry’. Mercifully for him, Paul was absent and P.S. Pete missed the depth and obscurity of his symbolism.  No doubt rebellion will follow, as the more mischievous of the crowd may be deliberately composing their Avante Garde ripostes as I write. And one of them may be me. But not today.

But enough of this, a week and a half has passed since the evening and I have been either too feverish or too busy to finish writing it up. And I’ve still made it too long. Obviously I got the early bus and went straight to bed after a hot drink and Wood’s Elixir.

ON THE JOURNEY OF TRANSFORMATION