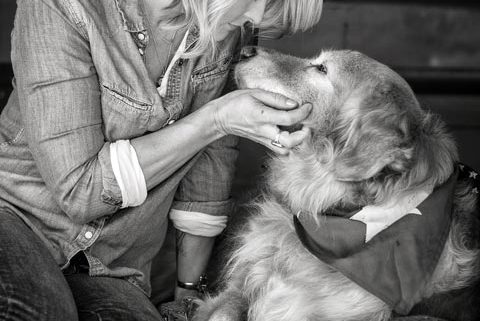 Grammy Award-winning country music star and singer-songwriter Miranda Lambert is best known for albums like Kerosene, Crazy Ex-Girlfriend and Platinum. She was born in the no doubt appropriately named Longview in Texas in 1983 where she competed in the Nashville Star talent show before releasing her major-label debut album, Kerosene. That quickly went platinum and the singer-songwriter enjoyed critical and commercial success with follow-up albums like Crazy Ex-Girlfriend, Platinum and The Weight of These Wings. Lambert is also known for her four-year marriage to fellow country superstar Blake Shelton.

Miranda was only ten years old when she took part in her first country music talent show. Her budding career then got a boost from performing on Johnnie High’s Country Music Revue, a weekly variety show in Arlington, Texas. This program helped launch the careers of several other country music stars, including LeAnn Rimes and Lee Ann Womack. Another talent contest led to Miranda´s appearances in a commercial and the teen comedy Slap Her… She’s French (2001).

Inspired by such singer-songwriters as Emmylou Harris, Lambert began writing her own songs after learning how to play the guitar from her father.

She started her own band called Texas Pride at the age of 17 while still in high school. Focused on a career in music, Lambert graduated early from school to pursue her dream.

Her own family supported her efforts, helping to finance and promote her first recording, an independent self-titled CD, in 2001. Two years later, Lambert got a big break when she passed the auditions for a new country music reality show, Nashville Star. She moved to the country music capital to compete for a recording contract among other prizes.

While she didn’t win, Lambert still landed a major label contract with Sony Music after becoming the show’s second runner-up.

´I was hoping not to win,´ she said in a statement on her website. ´The winner had to go in right after the contest and make a record in a couple of weeks, and I wasn’t ready.”

It was in 2004 that Miranda Lambert released the single Me And Charlie Talking, an up-tempo tale of puppy love. It was a modest hit and was soon followed by her first major label album, Kerosene in 2005. After the album’s release, Lambert went on tours with George Strait and Keith Urban.

Debuting at the top of the country music charts, Kerosene surprised some listeners with its fiery lyrics.

´I don’t write about angels, Jesus, happy days, kids. I grew up on drinkin’, cheatin’, love gone bad,´ she has since explained. Clearly, though, her songs struck a chord with the music-buying public, as the album went on to sell more than 1 million copies.

Also a hit with critics, Kerosene earned several positive reviews from a variety of sources, from Rolling Stone to The New Yorker. Lambert earned several award nominations from the Academy of Country Music, including for top new female vocalist.

In 2007, Lambert delivered another hit album. Crazy Ex-Girlfriend started out at the top of the country album charts and even reached as high as No. 6 on the Billboard 200. The title track became a popular hit and anthem of sorts for former girlfriends everywhere, while Gunpowder & Lead tells the story of a woman seeking to kill her abusive significant other. On the other side of that spectrum, Lambert appeared unusually vulnerable on More Like Her. She also reflected on her love of rural life in Famous In A Small Town.

Along with being a strong seller, the album brought Lambert significant critical attention, winning an ACM award for album of the year with Miranda gaining another ACM win for top new female vocalist. Lambert also received a Grammy Award nomination (best female country vocal performance) for her single Kerosene.

For 2009’s Revolution, Lambert seemed to find her romantic side with such songs as Making Plans and Love Song; she worked on the No. 1 country album with fellow country star Blake Shelton,  and there was certainly a slightly different flavour to the collection.

Later, in 2011, Lambert teamed up with Angaleena Pressley and Ashley Monroe. The trio, known as Pistol Annies, released the hit album Hell On Heels that September. It was an especially radio-friendly album and Bob Harris on BBC radio 2 enthused over the group as a collective and each of its members as individual artists.

Lambert continued with her success as a solo act as well, releasing Four The Record that same year.

The following year Lambert released Platinum, which featured such hit tracks as Automatic and Somethin’ Bad.

The record also earned several CMA Awards, including single of the year and album of the year, and won a Grammy in 2015 for Best Country Album.

After releasing the single Vice in July 2016, Lambert followed with an album called The Weight Of These Wings later in the year. It became her sixth album to achieve platinum certification, as well as her fifth to win album of the year honours at the ACM Awards.

Pistol Annies came together again for the album Interstate Gospel, which debuted at No. 1 on the country charts in November 2018. The following year she delivered another well-received solo effort, Wildcard, which topped the country charts and featured the singles It All Comes Out in the Wash and Bluebird.

With dates from her 2020 Wildcard Tour postponed due to the coronavirus outbreak, Lambert was among the stars who performed for the ACM Presents: Our Country virtual special in early April.

Lambert married Blake Shelton in May 2011, and they became one of country music’s most popular power couples. Throughout their marriage, the couple deflected persistent rumours about troubles in their relationship. Nevertheless. in July 2015, Lambert and Shelton announced they were getting divorced after four years of marriage.

´This is not the future we envisioned,´ Lambert and Shelton said in a statement. ´And it is with heavy hearts that we move forward separately. We are real people, with real lives, with real families, friends and colleagues. Therefore, we kindly ask for privacy and compassion concerning this very personal matter.´

Miranda married New York City police officer Brendan McLoughlin on January 26, 2019, and has spent of the lockdown time creating a fund to help struggling musicians to pay their vet bills.

Miranda Lambert and her MuttNation charity partners have teamed up with the Waggle Foundation’s veterinary assistance group to help musicians’ pets during the coronavirus pandemic.

The new MuttNation Fund will offer financial help to members of the music community who are struggling to pay vet bills due to financial hardships brought on by the lockdown, which has shut down concert venues and grounded tours. The singer of Mama’s Broken Heart revealed she came up with the fund after a member of her touring band was hit with unexpected expenses related to veterinary care.

´It really hit home when the shelter dog, Earl, belonging to my backup singer and close friend Gwen, became extremely ill in early March, just as the pandemic was taking hold and our tour had to stop,´ Lambert explained.

´After taking him to several vets, Gwen was told Earl had a rare liver disorder,´ she continued, noting: ´Earl is doing great now, but he’ll require on-going treatment for the rest of his life. It was such an unexpected major expense at an already tough time.´

The ailing pup sparked an idea for Lambert.

´It got me thinking that there must be a lot more people whose careers in the music industry have been on pause due to lack of live performance opportunities, and who are struggling with their pets’ vet bills,´ she said.

Musicians, recording engineers, songwriters, and tour crew members can apply for pet assistance via the MuttNation Fund on the Waggle Foundation’s website.

´I knew I had to do something and thought that starting this fund would help both the music community that’s been so supportive of me, and their pets,´ Lambert added.

Miranda is one of the singer-songwriters on the American scene who seemed at the peak of their career when Covid 19 interfered and as has happened to all artists things have stalled somewhat, though like them she is seeking and exploiting new ways of getting her music out there.

It is easy to be distracted and overwhelmed by it all, and to be so concerned about this major catastrophe that we forget these everyday difficulties that beset even areas like pet care. It is great, therefore, to see artists like Miranda attending to the kind of mundane everyday needs that might otherwise be overlooked in these times.

NOT GOING OUT & NOT STAYING IN