Blog
You are here: Home1 / Blog2 / AATA3 / WRITING ABOUT A LYRICIST AND JOURNALIST: 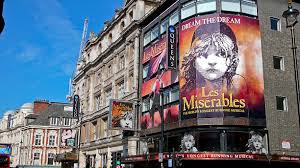 WRITING ABOUT A LYRICIST AND JOURNALIST: Herbert Kretzmer

He began a career in journalism in South Africa, the country of his birth, with his first work being to write a commentary for a weekly cinematic newsreel. Soon after moving to London in 1955, Herbert Kretzmer was following twin careers as a newspaper journalist and a songwriter. He joined The Daily Express as its chief drama criti9c in 1960 and whilst holding that post for over eighteen years he saw more than 2,500 opening nights of some the greatest theatre productions in the world, and some of the worst!  Kretzmer moved to become the tv critic for The Daily Mail, and my fondest memories of his work are in that role, in which he won two national press awards.

His lyrics were witty and wry, moving and memorable and he wrote for the anti-establishment tv programme That Was The Week That Was which frequently presented Millicent Martin singing his words. His titles for the programme included Song of Nostalgia For An America State, and a wonderful The Summer Of His Years, a eulogy following the assassination of john F Kennedy performed on the programme by Ms. Martin.

Away from the programme, Kretzmer was co-writer with Charles Aznovour of two award winning songs, Yesterday When I was Young and the global hit that was She. What greater fame could any man want, though, than to have won an Ivor Novello award for the tongue in cheek, saucy song that was Goodness Gracious Me, so comically and brilliantly interpreted by Sophie Loren, who made my heart go bum diddy bum every time I saw her perform the song with Peter Sellers?

Kretzmer at the time wrote not only individual lyrics but also  the book and lyrics for theatre productions such as Our Man Crichton, and the lyrics for the West End production of The Four Musketeers, that ran for more than twelve months at The Drury Lane Theatre.

He also produced the lyrics for a musical film with the most unwieldy title of all time, surely, when Anthony Newley starred in Can Hieronymous Merkin Ever Forget Mercy Humppe And Find True Happiness?

Even with so many achievements, Herbert Kretzmer might always be best remembered for greatly expanding the English Language version of the Boubll-Schonburg musical Les Miserables, His lyrics were applied in the official version of the show and became iconic. His words have been translated into twenty languages for performances around the world in the last thirty years. For Universal Studios´ relatively recent film version of the musical he was one of four attributed screen-writers and the sole attributed lyrics writer.

Les Mis was not the only musical with which he enjoyed success, of course. He was the writer of the English language lyrics for the stage production of Marguerite, written with Michel Le Grand, who wrote the Windmills Of Your Mind and featured on these pages earlier this year, and the afore-mentioned partnership of Alain Boubll and Claude-Michel Schonburg. He also wrote with former Abba members Bjorn Ulvaeus and Benny Anderrson when working on the lyrics of Kristina, a concert-performance piece rather than a film or musical, that was critically acclaimed at esteemed venues like The Carnegie Hall and The Royal Albert Hall in London when performed there a decade or so ago.

Herbert Kretzmer was awarded an OBE in 2011 and was also appointed by the French government as a Chevalier Of The Order of Arts And Letters.

His writing in general, but particularly in The Daily Mail, has always served as a reminder and encouragement to me not only about how the arts are so important to so many of us, but also how the ethos and the pathos and the joy of the arts can be shared in everyday language.

Sadly Herbert Kretzmer passed away, at the age of 95, on Wednesday 14th October 2020 in his London home.

According to an obituary published in The New York Times, written by Robert D: McFadden, Herbert Kretzmer was ´a London theatre critic who wrote the English lyrics to a then all-but-forgotten French musical called Les Miserables in 1985, giving new life to what has become one of the world´s most successful theatre productions.´

The life the writer eulogises might, itself, one day be deemed worthy of a musical. Robert D McFadden tells us how a young Kretzmer sold his accordion in order to afford a passage from South Africa to Paris, spending his time in that city, where he ´failed as a novelist whilst supporting himself by playing the piano in brasseries in exchange for free meals.

A further exciting, but probably demoralising incident that would surely be included in his life story in whatever form it might be told is that Kretzmer subsequently had all his money stolen on the day he arrived in London.

Whilst detailing Kretzmer´s illustrious journalistic career in the UK, McFadden also alludes to how theatre producer Cameron Mackintosh was one of the first to notice Kretmer´s musical abilities and became instrumental in steering the lyrics towards the Les Mis musical that had lain moribund since its debut five years earlier.

The piece did not possess the glorious vistas of such musicals as South Pacific, Oklahoma or The Sound Of Music but of course was set, instead, in what McFadden refers to as ´the 19th century student uprisings, teeming streets, brothels, sewers and a vast panorama of episodes and characters who love, fight and die at the barricades.´

Kretzmer realised that use his own ´spotty´ French to ´literally´ translate the songs, which were like poems with their subtle nuances, references and allusions and so decided to work around such problems. He decided, instead, to capture, in English, the spirit of Victor Hugo’s tale of revolution, with its songs of angry men and women yearning for freedom.

In fact, in 2013 Kretzmer told The New Yorker that ´words have resonance within a culture; they have submarine strengths and meaning, so translation is a word I rebut and resent, because it minimizes the genuine creativity that I bring to the task.´

´The show I wrote in English ran for just over three hours.,´ he added. ´You don’t need to be a math whiz to calculate that at least a third of the play did not exist before I got my hands on it.´

With the Kretzmer libretto, additional lyrics by James Fenton and music by Claude-Michel Schonberg, Les Misérables opened in London on Oct. 8, 1985. A few critics found it intriguing and perhaps even important, but most pronounced it a disaster.

Nevertheless, the play and its music seemed to stir the soul and in the theatres, as Hugo’s tale of oppression, liberation and redemption unfolded, audiences were moved nightly to sob and scream.

The British public has long had less respect for theatre critics than its American counterpart, but rarely has there been an occasion when so many nasty reviews counted for so little,´ Benedict Nightingale wrote in The New York Times. ´Clearly the power of the story or the music or both hit a nerve in the show’s first audiences, and word of mouth did the rest.´

Notwithstanding its poor reception by the critics the London production ran continuously from 1985 until this March, when the coronavirus pandemic shut London’s theatres, making it the West End’s longest-running musical

The Broadway production, that opened in 1987, ran for 16 years, and there were Broadway revivals in 2006 and 2014. the Hollywood film version in 2012 earned more than $440 million., but nevertheless the stage  musical has been performed by 100 touring companies and seen by 80 million people worldwide. Its estimated earnings are upward of $3 billion.

This, I think, is the first piece I have read by Robert D McFadden, but it is easy to see why is a senior writer on the Obituaries desk and the winner of the 1996 Pulitzer Prize for spot news reporting. He joined The Times in May 1961 and is also the co-author of two books. Alex Marshall contributed added reporting to his piece on Herbert Kretzmer..

´Herbert Kretzmer was born on Oct. 5, 1925, in Kroonstad, South Africa, one of four sons of William and Tilly Kretzmer, Lithuanian Jewish immigrants who fled the pogroms of czarist Russia. His parents ran a furniture store. His oldest brother, Elliot, became mayor of Johannesburg.

Songs inspired Herbert. He had no musical training, but played the piano by ear. He graduated from Kroonstad High School and Rhodes University in Grahamstown, where he wrote lyrics for school musicals.

Mr. Kretzmer married Elisabeth Wilson in 1961. They had two children, Danielle and Matthew, and were divorced in 1973. In 1988, he married Sybil Sever, an American. He is survived by his second wife, his two children and two grandsons, Mr. Berlin, his agent, said.

Mr. Kretzmer’s royalties from “Les Miz” amounted to about $20 million. He bought a townhouse in London and filled it with art, and he was a celebrity wherever he went.

But he was always at something of a loss to explain what had happened after that fateful opening night in London.

´When you are working on something like that, the hope is to avoid disgrace,´ he told The Daily Mail in 2015. ´You are thinking, ‘Please do not let me be too ridiculous.’ He recalled his shock the next day when Mr. Mackintosh, the producer, told him that the box office had never had a day like that in its history.

´I sat back in wonder,´ Mr. Kretzmer said. ´I have never been able to explain what happened. The overnight success of ‘Les Miz’ has become a myth now. But it literally was overnight.´

I DON´T QUITE KNOW HOW TO SAY THIS