Blog
You are here: Home1 / Blog2 / AATA3 / A SONG ABOUT A SONG ABOUT THE MOON: concluding our five piece Paul Simon... 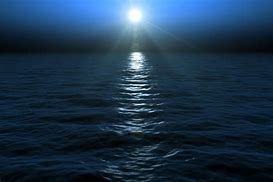 Thomas George “Tom” Russell (left) is an American singer-songwriter. Although most strongly identified with the Americana music tradition, his music also incorporates elements of folk, rock, and the cowboy music of the American West. Many of his songs have been recorded by other artists, including Johnny Cash, The Texas Tornados, k.d. lang, Guy Clark, Joe Ely, The Sir Douglas Quintet, Jason Boland, Nanci Griffith, Katy Moffatt, Ramblin’ Jack Elliott, Sailcat, Iris Dement, Dave Alvin, and Suzy Bogguss. I.interviewed Tom a couple of times, way back, and was intrigued by how could so clearly identify every root and branch of each of his songs, but would rarely spoke of how he nurtured them or pruned them.

Stewart, writer of Molly Dee for The Kingston Trio, Daydream Believer for The Monkees and Never Goin´ Back for the Lovin´ Spoonful, used to describe himself as a radio-receiver and say he´d just turn the dial and out would come a song. Tom Russell. Some spoke of just reaching up to the sky and pulling down a song. So what was going on with these guys?

Maybe, and it is a huge maybe, one great song can be produced by ´accident´ and it is true that some of these writers often did have one exceptional song atop their repertoire, but mostly they consistently delivered the kind of sustained excellence that can´t be produced by trial and error.

There is one song, though, written by Paul Simon who, of course, I never got to interview, that explains clearly, step-by-step, how to write a song.

It is also a simply perfect master-class, delivered in the first person, of creative writing, and ever since I first heard it this simply perfect song has been a hugely important facet of my working life. Its lyrics have become the basis of a workshop I deliver in every new creative writing course I facilitate.

I was contacted as recently as a few weeks ago by a reader of Sidetracks & Detours and asked how writers can learn to clear their mind in preparation for writing and how, having subsequently decided upon a subject to write about, a writer know what he wants to say about it.

Well, I have a couple of observations of my own about what works for me. I like to write from a place I call ´where imagination begins´ and, for me, imagination always begins by writing to explore rather than to explain.

I had decided this long before hearing this simply perfect song about the moon by Paul Simon. However, even though his opening two lines seemed to validate my methodology, it was only when reading an interview with him that I came to fully realise the genius of his songs (and the paucity of my own !) So I offer this reproduction of that interview as a guide to a Sidetracks & Detours reader as she makes her own way forward as a writer.

´The way I wrote songs ten years ago,´ said Paul Simon in 1983, ´was very different from my current method of writing. I have only in the last two years developed a system (he´d written some pretty damned good stuff before then, of course.)

´I had used to work in bursts rather than slowly and steadily, but now I find that by putting in time during every day of a writing period, I can more done than if I just sit around and wait for a song to happen. One of the benefits of working like this is that once see the entire germ of a song develop from start to finish. Working steadily it generally takes me about four to six weeks to complete a song, but if I don´t work steadily it can take me from four to six months.

As for my writing process, I work with my guitar and a legal pad and take about fifty pages to develop a song. I try to put in as much information about the song as possible, and my first step is to write out the lyrical structure.

If for example the song is a simple structure of A A B A (that is verse, verse, bridge, verse) and the first verse I think has eight lines, then I will a down-list of lines numbered one to eight and place the title on the line on which I think it might fall. I already know by then that the next verse will have some structure but would avoid placing the title on the same line in this verse as that might feel too predictable. If the proposed title sounds interesting and evocative I will use it as an inspiration and include it within the song´s structure by pencilling it in at certain places.´

It is clear there is a building process here, and I do wonder how similar might this building process might be amongst artists from different genres. Would a sculptor talk in these terms I wondered as I continued reading, and as I did so there was, strangely, a John Stewart lyric in my head,

´day after day, one man alone,

carved out a head on a mountain of stone

he had found him his reason to rise.

´If a theme appears in the first verse,´ Simon explained, ´ I will make a note of it. I don’t notate or write on music paper, but I am always thinking about the structure of the song. For example, I might take a phrase that was in the opening, or the title, and use a part of it later on, or invert it, or use it in the bridge. It might also be used in an unexpected way, because the listener is usually so familiar with song structures that most of the time he or she knows, consciously or subconsciously, that a certain verse will be repeated. This works both for and against the songwriter; there is pleasure in receiving what you expect but the weakness is that it can be boring. However, in general my aim is to deliver what people expect because, if a familiar structure is set up and then changed to something unfamiliar, it can be disturbing or annoying to the listener. If a writer arbitrarily sets up a structure and then breaks it without cause,
the song tends to ramble and become incoherent; it is also more difficult to write a song like that.´

Paul Simon then started to speak of a song he had written for a new album, still a few weeks away from release at the time.

A song which is not put out yet, called Song About The Moon, is typical of my present method of writing. Musically, it began with the old Sam Cooke song, If You Ever Change Your Mind. I was playing along with the record one day and started making chord substitutions, changing the harmony and then the melody.

At a certain point I stopped and said, well, this is no longer a Sam Cooke song; it’s different, and I like it.

I kept singing the title of my song, and hated it, I kept thinking: I wish that phrase would get out of my head, it means nothing to me and it’s leading me nowhere. It must have stayed around for months, and I would sit and scratch on my pad “Song About The Moon” and nothing would happen. Then, one day, it just began to flow and finished itself.

Having used the word “moon”, there was the most typical rhyme going – “moon”, “tune” – so I had to be very careful, Next came, “when the shadows are deep and the light is alien”. Now, because you rarely hear the word “alien” in a song, your ears have to tune in, which is good, and there were the two elements – the moon and the streets – linked as well.

In the second verse I decided to use the same form of “if you want to write a song about, . .”; but what did I want to write?

Next came, “because the heart howls like a dog in the moonlight and the heart can explode like a pistol on a June night”.

Jean Harris, the headmistress of The Madeira School for girls in McLean, Virginia, made national news. She had shot and killed her lover, author and cardiologist Herman Tarnower, who wrote the international best-seller The Complete Scarsdale Medical Diet.

For more than a year, from her arrest on March 10, 1980, to her sentencing for second-degree murder on March 20, 1981, Jean Harris’s case was front-page news. Besides the trial and conviction however, the life of Mrs. Harris is a fascinating story of transformation from a jilted lover, to a killer and later a do-gooder in jail.

´I was thinking about Jean Harris who had killed her lover, which was a big news story at the time, By following this with, “so if you want to write a song about the heart, and it’s ever longing for a counterpart, write a song about the moon”, the song was tied up because the title had been used for the last line of the verse, making the whole thing symmetrical. Because I was invoking the moon in relation to the heart, it now had the potential for being something more I still didn’t know where I was going, but I had established that the moon was more than just a cliché.

I was beginning to think that the idea of the song was becoming too complex and inaccessible; that you had to know too much to like it. I kept asking myself, what was I actually talking about? What was the point of the song? Although I was enjoying it, I figured that I should be able to say what I had to say simply; it couldn’t take this much to say what I had to say. Musically, I was keeping the song simple, without any flat nines or jazz chords.

When I referred back to the structure I realized I had a new element – the middle part – but I still had the moon and heart to think about and somehow they had to be tied together.

The song is about love, which is what I set out after, and so love, which is one of the most clichéd things around, became an acceptable subject for a song.´

Ever since hearing this lyric, this song, this master-class, the introductory sentence of my initial workshop in my ten session course called Where Imagination Begins has been,

If you want to write song about the moon,

walk along the craters in the afternoon

We spend the session then listening to the song, reading the lyrics and ´re-creating´the song by substituting any word of personal choice instead of moon, following the instructions but bending even Simon´s rules at will. Over the years no one has perhaps matched the beauty and profundity of Song About The Moon but a lot of member writers have produced A (very good) Song About,… all sorts of things.