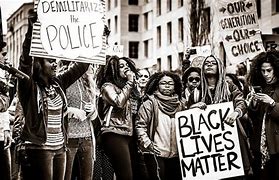 I wonder how long eternity is hoped to be in this day of TV protest soundbites, political iconoclasm, and the anti-racist ‘cultural revolution’ that newspaper headlines proclaim is happening in the name of George Floyd. That unfortunate victim of police brutality has become an icon because he is a black victim of a vicious arrest and the officer charged with his second degree murder is white. And black men as former negro slaves bear the legacy of European and native African slave traders and latent racism. Statues to white men abound. But in the wake of the George Floyd Black Lives Matter protests, how permanent is the message and the work at the hands of other men, black or white? I use the term ‘man’ and ‘men’ historically and semantically as a universal word for human.

When a seemingly iconoclastic mob hauled down John Cassidy’s 1895 statue of the 18th century slave trader Edward Colston in Bristol and hurled it into the sea, whilst flaunting the Coronavirus laws, it made me angry as an appreciator of both art and history. This seemingly anti-art mob saw the man the statue represented, and the human slavery, he facilitated as being thrown overboard. It is highly doubtful they had any opinion at all of the object as art or the artistic worth of his statue.

The new art is protest, and the experience of anger at the fatal arrest of George Floyd has spilled over into a world in Coronavirus lockdown and a small TV world of little news other than each others’ isolation.

Now all around the world statues cast in the image of actual slave traders, suspected slave trade sympathisers, and  general ‘colonialists’ have come under threat under the idea that colonialism is racist. In recent protests even Winston Churchill’s statue in Whitehall (left) has been defaced with anti racist graffiti. As Churchill is a national hero for standing up to threatened ‘Nazi imperialism and racist slavery’ this may seem bizarre. Also bizarre are the threats to the many Robert Peel  statues in Britain on unfounded allegations that the founder of the London ‘Bobbies’ supporter of the Catholic Emancipation Bill and factory reform, and repealer of the Corn Laws – which the protesters at Peterloo agitated for- was a supporter of African American Slavery. Now local authorities are contemplating removing suspect statues as a precaution.

Lord Baden-Powell’s statue (right) in Poole is one under threat due to protesters’ hazy belief that the founder of the Scout and Guide movement was a racist major general at the siege of Mafeking.

But in the USA where the Black Lives Matter protesters and George Floyd mourners join in taking to the streets local authorities are beginning to remove statues of old Civil War Confederate generals, many of them installed as late as the 1920s, on the grounds they have had their day due to association with the slavery of the south.  The most sensational removal would be Anton Mercié´s  statue of Robert E Lee, the reluctant commander of Confederate forces who always regretted the secession of the southern States and the outbreak of civil war but felt he had a loyalty to Virginia. His statue, erected in the state capital Richmond in 1890, seemingly was intended originally as a symbol of reconciliation, reflecting his own view that the old south should be rejoined with the north and the old ways forgotten.  Such was his fame as a general and gentleman that when he saw the failure of the Confederate Idea and surrendered to General Grant’s Union forces at Appomattox in 1865, Grant had his troops present arms as he passed.

Civic statues are great symbols, and depict not only an honoured person of the day but an idea of a hero’s worth to the community in which it is raised. If in future years that community decides retrospectively that he is not a hero but a villain at what stage do we decide to take him down?

And what do we do with the physical sculpture as a work of art? After all, it is not art or myth that is in question here but politics. And politics is not noted for artistic expression or appreciation.

Do we tear down all classical Greek and Roman Statues, such as that of Titus (left) because their empires relied on slavery to survive? Or any statue anywhere because the erectors once held slaves, ran colonies, or had less than liberal views? That would be an awful lot of statues.  Or do we leave them all up as pointers to the emotional  and irrational nature of man and as a lesson that man always changes over time, even if myths continue and the Anthony Gormleys of this world keep foisting even more models of themselves on us whether we like them or not?

I like statues. I like the one of Freddie Truman in Skipton that reminds me of so many great cricketing myths and legends. The statue of Nat Lofthouse outside the Bolton Wanderers´ ground reminds me of Lions in Vienna. Another statue I love is that of Gracie Fields in Rochdale, where she was the pride of our alleys and there is a statue, with which I have often commune in verse, of the poet ´El Salinero´ in Las Brenas on Lanzarote.

I have danced with the statue of Eric Morecambe. (see right)

Even as I was reading Michael´s article about how much statues matter and enjoying how it unlocked my thought processes so that I could make up my own mind about the recent demonstrations in the UK he refers to, I became aware of another post on-line.

John Carlin writing on LaVangardia,  seemed to be just as quickly closing down my thought processes until I felt  there was no room left in which to manoeuvre.

Dubbing the last few weeks as Anarchy In The UK, after a seventies song by The Sex Pistols, ´inventors of punk rock´, Carlin made note that the protest he was referring to should be set in the context of the UK´s number of coronavirus deaths and post-virus economic forecasts being the worst in Europe. He offered that, I think to in part explain why ´in recent days one taboo after another (has been) broken, one sacred cow after another (has been) slaughtered.´

According to Carlin, ´the country that was the cradle of parliamentary democracy, over whose empire the sun never set, is suffering a severe nervous breakdown.´

It does not do much to make any of this taste more palatable to throw into this recipe the ingredients of ´racism, sex, education, Winston Churchill, Boris Johnson, Harry Potter, Brexit or national sport, consuming industrial amounts of beer´, although they would surely, as he suggests, add to the taste of anger and confusion. This is all caused, Carlin opines, by a high-risk cocktail: the virus, and the phenomenon imported from the United States that is Black Lives Matter. He makes the point that the perceived indecisiveness of the UK government in responding to Covid 19 is fuelling the anger.

He concedes, nevertheless, that the virus has disrupted the mental processes of half the world, but suggests that the difference in the UK is that people ´are going totally crazy.´

John Carlin´s article can be read in full at

In conclusion, though, I have to say that my own views on the matter now seem rather more informed, and formed, through Michael´s contribution. The piece left me in no doubt of Michael´s own views but nevertheless made room for me to ask my own questions and build my own answers.

The great unanswered question in my mind remains the one about who decides what is ´good´ art and what the hell has art ever done to deserve to be judged by Man? You´d think visual art is just some cheap commodity or something, rather than a priceless mirror that reflects differently to different viewers, as the image of a Churchill statue (below) might be suggesting.

IT WAS CANARIES DAY ALL WEEK ON LINE