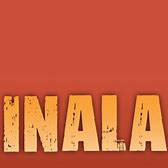 The a capella group, Ladysmith Black Mambazo, were first put together by Joseph Shabalala in the early nineteen sixties and won the love of their national audience, before sharing with Paul Simon an increased global recognition after being invited by him to work on his nineteen eighties Graceland album. They were subsequently designated as South Africa’s Cultural Ambassadors To The World by the late Nelson Mandela and relatives of Joseph still sing with Ladysmith Black Mambazo even today, more than fifty years after he first formed the group.

The choir has, in that time, recorded with the likes of Stevie Wonder, Dolly Parton, Josh Groban, Emmylou Harris and many others. They have provided the soundtrack for films as diverse as Disney’s Lion King and James Earl Jones’ Cry Thy Beloved Country and have also won four Grammies.

The Ladysmith part of their name was taken from Shabalala’s home town with the Black referring to the breed of oxen in those parts. Mambazo was a reference to chopping, as in chopping down, at racism and oppression for example.

The group still exists to both entertain and to preserve the musical heritage of a style of singing called isicathamiya, first developed by black workers in the mines of South Africa.

However, when they brought Inala, A Zulu Ballet over to the Manchester Opera House five or six years ago, it was disappointing to see some sections of the theatre were closed, with ticket holders for those sections being upgraded and relocated; a sure sign of moderate ticket sales.

The show seemed to have been widely promoted, and the group were surely well enough remembered to have drawn a full house. If not, what did that say about Britain’s receptivity to multi-cultural events? For this was a programme that combined the joyous sound of Ladysmith Black Mambazo with the stunning visual effects of dancers from The Rambert and Royal Ballet adding dance interpretations to the songs. These were sung in Zulu, Under African Skies of a simply stunning backdrop, enhanced by the constant subtle shifting of the lighting.

Inala, in Zulu, means an abundance of goodwill and the audience were led, by Ladysmith’s beautiful interpretations and by the music of Ella Spira and the Inala Ensemble, a collective who played, throughout, at the back of the stage in an infectious but unobtrusive manner.

Mark Baldwin’s choreography took us through a story that seemingly had no beginning, no middle and no end. Even the rousing standing ovation from the audience was surely a comma in a longer story rather than a full stop at the end of a chapter. We, the audience, were left with a series of powerful images and invited to create our own story.

My own narrative cast Ladysmith Black Mambazo in the roles of the past; the old ways and traditions of the Zulu people. The songs and the movements of the singers seemed to speak of hunter-gatherer and gender roles in past times. As a body they were a ‘history’ watching, with concern but understanding, the new ways of the Zulu, influenced by today’s global village, perhaps more aware than their ancestors of hedonism and its guilty pleasures, and so seeking fairer reward for less hard work.

Each of the other three other members of my party, of course, had their own apparently more plausible interpretation.

I have seen, and have always enjoyed, previous Ladysmith Black Mambazo concerts, especially on the occasion when they sang with The Ladies Of Soweto, but this show moved me to tears. At a time when I was about to move abroad, taking with me my assorted recollections of England, I was reminded constantly of a line in a Paul Simon song on that Graceland album, of this being “the story of how we begin to remember.”

Tickets were reasonably priced for a city centre theatre, and the show was vibrant and dynamic. Maybe it was simply austerity to blame, then, for there being less than the full house this show deserved. This multi-disciplinary, inter-generational and cross-cultural performance truly was delivered with that abundance of goodwill referred to in its title. It spoke of raising awareness, of increased tolerance, and of retaining our faith that good, important aspects of the past will hold, even as the present changes before our eyes into an increasingly uncertain future.

That is a faith we need to strive even harder to retain in these troubled times, and if such live concerts never again across and over borders, then those who didn´t make it to this concert will come to view this as an opportunity missed.

So, as the programme notes stated, Inala; A Zulu Ballet was, even then, and certainly is today, an experience not to be found anywhere else in the world.

THE SONGSMITHS: a crowd-funded success