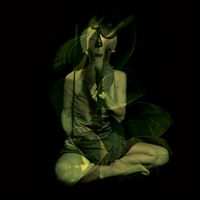 Olivia Moore is a professional violinist based in Manchester, primarily dedicated to Jazz and Indian music. I broke away from western classical music at the age of twenty to explore these art forms as well as cuban music and flamenco.

She is band leader for the Owl Ensemble which fuses many of these influences, described as “funky Bartok” by John Quail of Marsden Jazz Festival.

Olivia formed the Owl Ensemble in 2008 and the group, that premiered at Manchester Jazz Festival that year, later released an album. They were well received, and Mike Hall, who is a saxophonist and jazz tutor at the Royal Northern College of Music identified them as continuing a long musical tradition.

´The lineage of the string quartet goes back almost 300 years,´ he wrote. ¨The format is the cornerstone of classical chamber music and with good reason. The Owl Ensemble now succeeds in continuing its development through brilliant adaptation and absorption of influences from Indian, Flamenco, classical and much more, topped by startling improvisations. But it never loses the qualities that made this musical format stand the test of time.´

In 2009, Olivia was one of eight musicians in the UK to be selected for the Serious Take Five Artist development scheme. Since then she has become increasingly busy performing at festivals such as The Brecon Jazz Festival in 2010. She now regularly travels to India to study with Kala Ramnath in Mumbai.

Her influences include Hariprasad Chaurasia, Debussy and Kala Ramnath and she and I share an admiration of Miles Davis.

I have known Olivia Moore on the local jazz scene for some time and, coincidentally we have each recently returned from journeys abroad; Olivia travelled to receive classical instruction in Indian music in Mumbai and I recently visited Israel, to see the jazz scene there. The music world is constantly talking about the music coming out of Israel so I had to see what all the fuss is about. So we had much to enthuse about when we met up on our respective returns to the UK.  This brief summary, below, captures Olivia’s thoughts on her music and challenges since her return to England.

I first met Olivia playing in Manchester with her band, Unfurl. Later she introduced me to her Owl Ensemble. Since then I have heard Olivia play in a number of quite contrasting settings and genres. Now fresh from her visit to India I wonder what new direction is calling Olivia Moore?

´I have sort of been taking a bit of a step back from band leading since my Mum died four years ago and, only a year or so later, our Unfurl drummer Adam Warne also died. I am now focusing on my own individual violin practice. I have, however, been experimenting in a few different group / band situations for curiosity’s sake and in order to broaden my experience as a musician. I have a very exciting concert coming up in Leeds on 21st March which will very directly home in on new skills that i have brought back from India.´

Unfurl now have the legendary Dave Hassell on drums and will be recording at Matt Halsall’s studio in April. We already have four tracks from before that are pretty much unreleased  which also feature Norwegian vocalist Maria Lardardottir and our tabla player John Ball.´

What outstanding memories do you have to share from your time in Mumbai?

´It was so much fun working with Soma Banerjee, Ashis Biswas and Sanglap Sengupta during my recent trip to Mumbai.

We made this little video.

A video clip can be seen using the link below. I hope you enjoy it.´

Where might we be seeing you on tour in the near future?

´Gigs wise we have a couple of Unfurl dates confirmed so far in the autumn including the Slug n Lettuce (Manchester) in October. We are planning an album tour for next year as well.´

´I loved leading the Owl Ensemble, and Unfurl, too, obviously, but with all the marketing and people organising you sometimes can get yourself a bit lost along the journey, so when my Mum died it felt like a natural thing to take a bit of time out. However I echo the sentiment of the legendary Manchester based drummer Myke Wilson who once said, “I am in it for the long haul.”

´I have learned lessons along the way about the kind of people I can work with and what I should prioritise. Ultimately this, for me, is the natural feeling of connection that I get through making music and the striving for a certain amount of excellence within that. I am still always on the lookout for the right situations and circumstances in order to collaborate musically in a way that feels authentic and that will also move the audience in some way.´

Tell us more about your planned gig in Leeds on the 21st March?

´I absolutely can’t wait to play with three beautifully outstanding musicians colleagues on 21st March at the Seven Arts in Leeds. With Giuliano Modarelli on Guitar, Mehboob Nadeem on sitar and Gurdain Singh Rayatt on Tabla, It promises to be a very special and memorable evening.´

The Seven Arts at Leeds previews this gig as featuring “a unique quartet, blending Western harmonies with Indian ragas.”

Meanwhile, readers interested in finding out more about the violinist, composer and music teacher that is Olivia Moore should visit

WE ARE THE MUSIC MAKERS: Maximum Ensemble & The Pelleas Ensemble by Norman...