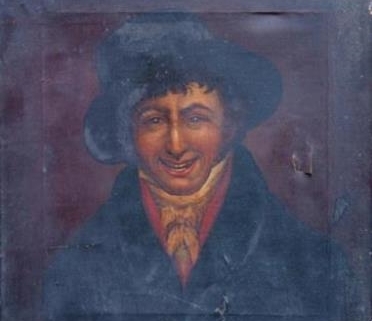 Dialect and Discrimination at Touchstones in Rochdale

Imagine the howls of protest that would ensue if a museum or art gallery announced they were excluding girls from an artistic survey of changing patterns of language or ‘dialect’ in any town in Britain. Imagine if the reason for it was that Eve ate of the forbidden fruit in Eden and caused the downfall of man, and that therefore all daughters of Eve were cursed. Imagine if girls were deemed not important, or that Mary Shelley was accused of stealing her husband Percy’s novel Frankenstein and changing all the homophile undertones. It is maybe easier to imagine (with perhaps a more defensible reason) that the current over-emphasis on girls and women as a part of equalising the sexes has resulted in boys now being disadvantaged in schools etc…and enough is enough.’  The howls would be loud indeed.

So imagine my outrage when I read an information leaflet at Rochdale’s Touchstones Art Gallery And Museum describing a projected school dialect survey which excluded boys. The reason for excluding boys it seems was because Jasleen Kaur, the artist planning to use the field recordings she would be making for an exhibition at Touchstones to be held in October, believed that the ‘father of Lancashire Dialect’ John Collier, (alias Tim Bobbin 1708-1786, see our cover / heading picture) had written a ‘dictionary’ in the 18th century which ´favoured men.’ Therefore she was, she said, correcting the bias by interviewing girls only as part of the schools section.

I had gone along to Touchstones to record a set paragraph on food (another love of the artist) with other members of the Edwin Waugh Dialect Society as part of this project aiming to record how Rochdalians of all backgrounds now speak local English. Strangely adult men were allowed and this puzzled me, seeing that the info sheet barred boys. As soon as I could I asked about the seeming discrimination.

The man overseeing the interviews added that the artist only included girls because ‘that’s what she does.’  Jasleen Kaur is an artist often described as ‘Feminist’, but I, as chairman of the Edwin Waugh Dialect Society, (EWDS) and Ron Williams, as the Society´s President, were flabbergasted that Tim Bobbin’s work as a whole, never mind his ‘Dictionary’, could be deemed Sexist and be used as an excuse for reverse Sexist action.  I think the man was actually referring to Tim’s View of the Lancashire Dialect – a glossary to his humorous tale Tummus and Meary. The interview facilitator then widened the blame to male dialect writers in general who in the past have far outnumbered women. This tactic got me even more agitated as one could say the same thing for any literature all over the world in the 19th century. But in any case any question of who writes the words, a man or a woman, whether standard or dialect, doesn’t stop anyone reading it. In any case speech is learnt from families which comprise both men and women and certainly all those dialect writers did not learn and use words peculiar to men. All those male writers used language common to all.

In any case over half of the contestants in this year’s EWDS writing competitions are women. What is Feminism’s problem?

I became so frustrated by the seeming Feminist party line being promulgated against innocent writers of the past and equally innocent schoolboys of the present that I stormed out of the interview and said I would complain. The facilitator never once hinted that the issue would be looked at afresh and the policy might change and I felt something had to be done.

And complain I did, with the help of another member and ex Mayor of Rochdale, poet Robin Parker, through the council and its Link4Life outreach service, and Touchstones itself. The outcome was that schoolboys are now included in the project and no one now officially thinks Tim Bobbin is sexist. Hooray! In that case I suggested that they change the info sheet handout inviting only girls to take part. This they promised to do.

During the few days of correspondence between councillor, facilitator and the artist herself I assured them that the sexes should indeed be ‘exalted’ and exhibitors should be free to glorify either men or women, but not at the expense of society, or to skew a dialect survey purporting to represent Rochdale as a whole. That was something the EWDS could not support.

Nor should innocent writers be maligned for being the wrong sex or schoolchildren of either sex being punished for the alleged sins of their parents. While I used the word sex, referring to humans, of which there are only two, male and female, the correspondence from Touchstones referred to gender, a grammatical term, of which there are three. Gender determines whether a noun is ‘masculine’ ‘feminine’ or ‘neither’ (neuter) – always listed in that order – a peculiar grammatical arrangement which has nothing to do with human sexual differentiation. Yet no one ever refers to ‘genderism’ as a slur when bemoaning sexual bias. Here sex remains le mot juste.

This reduction of humanity to abstract grammatical terminology has alas brought us to my other complaint about galleries and museums becoming the home of ‘mollycoddled cranks’ with a politicised view of society, a biased sense of mission and an urge to spur on social engineering. In other words, institutions encourage an elitist world view against what most folk prefer to see as understandable polyglot art and sculpture.

In this I have form, having given a talk and recital at Touchstones in June 2018, based on Tim Bobbin’s works, as part of an exhibition by artist Marcus Quaife entitled ‘ While England Mourns’. Mr Quaife’s work  consisted of repeat images of a lady rioter hurling a brick during the Paris student riots of 1968 imposed on a dozen or so insulation boards, with each board’s surface  being peeled away to reveal the duplicated image. Not much about England mourning here. One board did have a Tim Bobbin illustration imposed but apart from a passing reference to some satirical and mock biblical lines by Tim on the 1757 Shudehill corn riot there was nothing to link Tim to anything. Though billed by Touchstones as being based on Tim’s legacy the man himself never took part in a riot nor ever proposed to. In short the exhibit had nothing whatsoever to do with Tim or England but I went ahead and did my best to draw attention to Quaife’s work as part of my reading. As I wrote elsewhere at the time, Tim might have taken a dim view of the insulation boards (he painted inn signs and Hogarthian caricatures) but hey- art is art! The exhibition was part of a Touchstones´ wide range of exhibits and performances celebrating folklore and holidays. After my recitations a mummers group came into the gallery to perform and almost knocked over one of the insulation boards. An attendant intervened just in time. Tim Bobbin would have loved it as a new form of performance art I am sure.

In my talk on Tim I stressed his comic ridicule of both sexes, exemplified in the half dialect doggerel  poem Squint Eyed Nan, about an ale loving peddler-woman  who persuades a farmer worried about the fall in the price of corn to buy spoons from her on the basis that ‘spoons win be spoons’ whatever the price of corn.

And so it was in the course of defending Tim with these two examples of Tim’s supposed ‘sexism’ that I performed the pieces at an Off The Rails Event in Preston a few days after the schoolboy issue dispute blew up. The performance did attract howls, not of protest, but of laughter when I related the tale of Sexism at Touchstones.  Ironically Sid Calderbank, the champion of Lancashire Dialect, was there but could not sing or recite that day due to a sore throat so I had no rival on the dialect scene. ‘Hurray!’ some cruel wags cried out in mock joy.  I was shocked and wondered what might be said of me afterwards. In the real world there may be plenty of cranks but at least they are not mollycoddled. Tim would have loved this too I am sure.

And as for the dialect daughters of Eve, discussed at the start of this sad tale and sadly left out by Jasleen Kaur and Touchstones, I did remind the Off The Rails audience of Rochdale’s celebrated Margaret Rebecca Lahee (1831-1894) whose face graces the Dialect Writers’ Memorial in the town´s Broadfield Park. I only hinted at her sexuality in quoting her ‘intense womanhood’ but she gained a short notoriety after her death in 1895 when the Archdeacon of Rochdale refused her and  Susannah Rothwell Wild’s request to be buried in a joint grave under a gravestone reading  ‘They were lovely and pleasant  together in their lives and in death they were undivided’.

But if that was not enough feminity I also referred to D.U.R of blessed memory (Dorothy Una Ratcliffe 1861-1967) the woman who for many years absolutely dominated Yorkshire Dialect writing, and fellow Tyke lass Florence Tweddell (1824-1899) whose lyrics I also like and have set tunes to.  As I have written elsewhere in dialect’ ‘It’s not t’quantity tha wants but quality’.

Indeed all we as writers want is good writing for as Miss Lahee is quoted on the dialect writers’ memorial it does not matter who writes or weaves, only that in the final judgment it matters not what we call ourselves either but ‘what sooart of a piece we’n woven, an how mony floats there’s in it’. (what sort of a piece we’ve woven and how many defects are in it).

And in her weaving she had time to praise Tim Bobbin in verse too.

Editor´s comments. This seems like an interesting debate but it ought to be said that Jasmeen Kaur is a well established and respected artist. Her work is described on her web site as  being an óngoing exploration into the malleability of culture and the layering of social histories within the material and immaterial things that surround us. Her practice examines the hierarchy of histories and labour, using a range of mediums and methods including sculpture, video, conversation and cooking. Her work is part of the permanent collection of Touchstones, Rochdale and she has held a number of well received exhibitions and has received numerous awards and held some prestigious residencies at venues such as Ipswich Museum.

Michael´s argument seems well made but Sidetracks and Detours all across the arts would, of course, be happy to publish Jasmeen´s response if she were to replay to us at normanwarwick22@yahoo.com