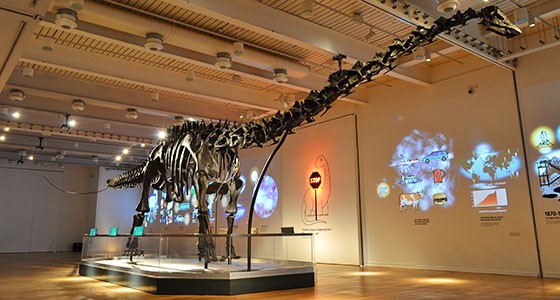 I lived in what was a hot-bed of hot bed of artistic creativity in the UK for sixty years of my life, and as an adult collaborated with other artists I much admired to produce works that were intended to be both entertaining and educational. Several of those I worked with are still serving as artists contributing to their communities. One such artist, Steve Cooke, still produces a weekly all across the arts page for The Manchester Evening News Media Group. His page on Friday 7th February focussed on two other names I remember fondly from my days in the UK. Seamus Kelly is a poet and photographer and Eileen Earnshaw, a poet, facilitator and low profile social activist and I so much enjoyed the work they each produced during my time in the UK.

The lead article on the page told how Eileen and Seamus have each been working with Bolton Writing Group (BWG) on a project that has seen them looking back to the years between the world wars to consider what life was like then for people in the North West of England.

BWG met recently in The Media faculty of Bolton University to record their thirty minute audio play, ¨Queens of Blackpool.´ This was the first time any of the group had worked in a professional studio and the recording was one more step on a journey that began in the autumn of last year when they started exploring the archives of The Worktown project, maintained at Bolton Public Library. A gathering of information, supervised by Oxford University, designed to illustrate all aspects of working class lives between the years of 1935 and 1942.  Professional and voluntary observers were moved into communities to achieve a body of work that would preserve for posterity an idea of life at that time.

Now in a way not dissimilar to the way Victoria Wood drew from historical archives and extended and extemporised on them for her acclaimed TV series Housewife 49, BWG have drawn on some wonderful photography by the later Humphrey Spender. They have chosen from the archives to focus on the lives of the ´Queens Of Blackpool´ as the main object of their deliberations.

These so-titled queens were specially selected at the time, not for their looks but for their willingness to work at promoting industry, travelling around the country to do so, and even going abroad to Russia on one occasion. BWG have woven together stories about these women and include poetry by Eileen and Seamus in the ´drama ‘they have produced.

Seamus has been in put in charge of producing photography to publicise BWG and their production of  ´Queens of Blackpool´ during the full exhibition of their work to be held in the main area of Bolton Public Library in March of this year. We are confident one of our all across the arts correspondents in the UK will share a review with us to post here on Sidetracks and Detours.

This all across the arts report tells us that, meanwhile BWG are  working with a film crew and photographer as they move to Blackpool to complete their work, by examining further Worktown Project records not usually available for public scrutiny. They will also be filmed creating scenes from the play on location in the Tower (I always though Eileen should be locked in the Tower !) and on the sea front. This footage will be included in a documentary of the group and this work, and we shall of course let you know of the confirmed date of broadcast as soon as it is announced.

As further evidence that, like Lanzarote, the North West remains a thriving arts community, Steve reported elsewhere on his all across the arts page  of an exciting Easter in prospect at Oldham Coliseum Theatre, just twenty miles up the road from Bolton Library. During the school holiday period, in conjunction with Children´s Theatre Productions and Fiery Tiger London, the Coliseum will be delivering a stage production of Rudyard Kipling’s Jungle Book. There have of course been several film adaptations of Kipling´s collection of short stories with Disney´s cartoon version including ¨I Wanna Be Like You-oo-oo´ being a much loved favourite. Now, this stage production will similarly see Mowgli the lost in the jungle man child learn the jungle law and make friends with the animals who help him in his struggles against the menacing tiger Shere Khan.

This musical adaptation, full of memorable characters and uplifting moments should be a real treat, and I bet any youngsters unaware of Kipling´s work who see the play this Easter will head straight back to school determined to be the first to grab a copy of the book from the school library.

My own first much loved copy of the book came to me sixty years ago on my eighth birthday, courtesy of my godmother Aunt Jennifer from Sheffield. I´m pretty sure, too, that it was the first package I ever received stamped and addressed to me, and when I ripped off the wrapping paper I found a hard-backed blue covered book, full of intricate illustrations and wonderful tales, and, wow, some of  Mr. Kipling´s exceedingly good poetry. This was the start of an affair with rhyme that has led me to Wordsworth, Frost, Dylan Thomas and Townes Van Zandt and a hundred others and that has endured to these times when I count the aforementioned Seamus Kelly and Eileen Earnshaw as being also among my favourite poets.

Incidentally, I should say, in view of some of our recent posts on the subject that the Coliseum run will include a British Sign Language Interpretation on Thursday April 16th at 7.30. Details of times and dates of all other performance are available on the theatres web site or on their box office line on 0161 624 2829

Other exciting news on Steve Cooke´s page included details of that week´s Rochdale lunchtime concert on Toad Lane featuring Jonathan Ellis giving a piano recital in St. Mary in the Baum, and a meeting of The Edwin Waugh Dialect Society at St. Andrew´s Methodist Church on Entwistle Road in Rochdale. This featured Tatlers´ Tales, presented by dialect poetry and music duo, Sid Calderbank and Mark Dowding. As if all this isn´t enough, though, families from around the borough are invited to join in the play at the Loose Parts play session at Number One Riverside Library that will serve as a preview of the forthcoming Dippy On Tour procession. Five days remain until the Dippy The Dinosaur exhibition arrives at Rochdale´s town centre library.

First displayed in the National History Museum in London in 1905  the 21 metre long plaster of Paris cast of a diplodocus dinosaur carnegii skeleton will be at Number One Riverside Library from  10th February to 28th June 2020, during Dippy´s only north west visit.

CONCERTS AT THE CAMEL HOUSE