Blog
You are here: Home1 / Blog2 / Music3 / REVIEWS AND PREVIEWS OF CLASSICAL MUSIC by Graham Marshall 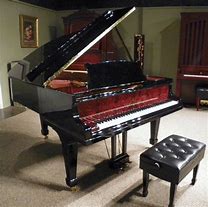 On reading my latest e mail from Graham Marshall I was also reminded of not only how many classical musicians have enjoyed opportunities early in their careers through Rochdale Music Society, but also how many have since moved in new and exciting directions.  For instance, I recalled one particular article had sent me a year or so ago, reviewing a four piece string quartet that I, too, had really enjoyed when seeing them.

It was about young musicians who gave one of the final three concerts in their band´s career for Rochdale Music Society at Heywood Civic Hall. Graham´s review caught the mood.

´It was a privilege to be a member of the audience in Heywood Civic Centre for the Rochdale Music Society concert by The Zelkova String Quartet,´ Graham wrote.

´Casroline Pether (violin 1), Ed Pether (violin 2), Alistair Vennart (viola) and Jonathan Pether (cello) excelled in performing three masterpieces of the genre. In what was a striking musical sequence of rising emotional intensity they carried their listeners along from the heart-warming atmosphere of Mozart’s ‘Hunty’ Quartet through the comparatively challenging tensions of Mendelssohn’s E minor Quartet Op. 44 No. 2 to the emotional outbursts of Dvorak’s Op.106.´

The rest of his piece continued in similar acclaim, and it sounded yet another feather in the cap of Rochdale Music Society, who have a long tradition of bringing some of the finest musicians from The Royal Northern College of Music (and beyond) out into the suburbs.

Graham´s review included a link to the Zelkova facebook page, where I found the following saddening entry, by the quartet.

´W ow, what a nine years it’s been! Last Sunday saw the Zelkova Quartet’s final concert. Thank you Centre and Dale Culliford, it was wonderful to do our last concert in Spring Bank’s gorgeous acoustic for such a lovely audience. A big thank you to our three stand-in violists who were such a pleasure to play with over the last few months, Anna Brigham, Lucy Nolan and Ali Vennart – you were all dreams!´

´And finally a huge thank you to all Zelkova members old and new for all your hard work and dedication over the years: Simmy Singh, Rhiannon James, Rachel Shakespeare-Brooker, Ed Pether, Alex Mitchell and Jonathan Pether, it’s been a blast!

´We’ve had an amazing few years playing together, enjoying the incredible string quartet repertoire and learning from some of the world’s finest chamber musicians. We’re sad to see it end but we are each also looking forward to new ventures.´

This was a stark reminder of how even such wonderful combinations as were The Zelkovas do not stay around for ever, and that all sorts of issues, including individual artistic creativity and ambition, can pull members in different directions. That is why I make every effort I can to collect what recordings might be available of my favourite musicians and why I try to catch their live performances if they are playing anywhere in striking distance of my home.

As Rochdale Music Society continued delivering their services to the Borough, George Graham Marshall also included yet another insightful review, of another exciting concert.

´This concert proved an exciting, colourful and rewarding finale to months of the most splendid music-making by performers of international status, enjoyed by the discerning citizens of Rochdale Borough and beyond who have formed the audiences,´ wrote Graham.

´The South African cellist, Abel Selaocoe,´ Graham continued, ´is noted for bringing to the concert hall his exceptional talent for exploiting the whole range of sonorities offered by his instrument from scratch and scrape to sweet and soulful. On this occasion he excelled in performing solo music of several very different genres, and duets with the excellent Belarusian pianist, Maya Irgalina. Both Abel and Maya are former students of Manchester’s Royal Northern College of Music, which continues to produce numerous musicians like them – of first rate international acclaim.´

The rest of Graham´s beautifully written critique left me in no doubt that this is another musical combination that anybody who is able to do so should try to catch ´live.´

´The programme notes,´ Graham said in his review, ´promised this concert would amuse, excite, bewitch, astound, disturb, enrage, confound and generally prove the power of music to enliven, enhance and justify our aesthetic enjoyment of life. It fulfilled this promise.´

Abel and Maya sound like two remarkable musicians, bound to move on to greater things, but we should remember that even things this good do not last for ever. Therefore, if I can catch the ear of our friends at The Cabildo in The Department Of Culture Arts And Tourism, I think I might recommend that a booking over here for this duo might be well rewarded.

See how enthusiasts and experts like Graham can set us dreaming.

Whilst all reviews must be honest, I think a reviewer also has a duty of care and must, first, do no harm. Writers like Graham celebrate music, whether global or parochial, as he reminded me in another recent review.

´I was privileged recently to attend the Concert given by the Oldham Choral Society at the Royal Northern College of Music. I’d like to share the Review I wrote for them:´

´As this splendid performance came to its hushed conclusion I was reminded of the last lines of T. S. Eliot’s The Hollow Men:

For after the life and death issues confronted in the texts of all Requiems, and in this case being treated with the intensely dramatic force of a composer expertly attuned to their expression in musical terms, the sense of almost breathless pursuit of the truth about life and death, the universe and everything coming to a faltering end is magnificently displayed in the lingering, chant-like jabbering of “libera me”. Freedom will come with knowing the truth, but will be worth the knowing?

Verdi’s is not a setting of the Latin texts of the Requiem Mass for liturgical use, but a musical tribute composed in memory of his poet friend, Alessandro Manzoni. It was first performed in 1874, since when it has become a repertory feature of choral societies all over the world; and naturally so, because it offers amateur singers a great opportunity to get together with necessarily more accomplished soloists – and, perhaps and preferably – an orchestra to give voice to one of the great uses of church Latin texts for sublime, concert hall musical effect.

The Conductor, Nigel P. Wilkinson, is to be congratulated on marshalling his forces with unobtrusive yet commanding authority throughout.

The members of the Oldham Choral Society had chosen to give this masterpiece an airing again, and they rose to the occasion with seasoned assurance. There were odd moments of very slight hesitation and of being somewhat overwhelmed by the orchestra, but that is really only to be expected when you are caught up in a musical portrayal of the universal struggle with the unpredictable and sometimes cruel forces of nature. It’s being true to life!

For the most part the choral contribution to the performance was excellent, with securely focused rhythmic and dynamic control over precise intonation being the order of the day. Fugal and double chorus sections (like the Sanctus) went along very smoothly indeed and the rapport with soloists and orchestra was firm – the Lacrimosa being a particularly good example of this. The East Lancashire Sinfonia, led by Sally Robinson, collaborated with equal assurance in presenting Verdi’s spectacular score. Without the full ensemble envisaged in the original score, the players produced quite sufficient sound to complement the chorus and make the combination of voices and instruments one to be relished and remembered for its brilliant musical colours. There were some moments of beautifully controlled pianissimo string playing, eloquently sounded clarinet and bassoon playing as well as thunderous brass and percussion in the climactic sections.

As for the soloists, the choice of soprano Linda Richardson, mezzo-soprano Kathleen Wilkinson, tenor David Butt Philip and bass Thomas D. Hopkinson, all former students of the RNCM, was an inspired one. The distribution of solos, duets, trios and quartets in this work is unusual, but each is given an opportunity to impress in their own way, and they did so to the delight of an appreciative audience.

Linda’s top B flat in the Libera me was a particular moment of magic, appearing as from nowhere and perfectly articulated: pianissimo. Kathleen, who had the largest amount of solo work to do was particularly persuasive in Recordare.

The Oldham Choral Society will no doubt turn again to Verdi’s Requiem for one of its concerts. When it does, it is to be hoped that the performance will be equally as successful and rewarding for all concerned as tonight’s has been for them.´

I said earlier that Graham recognises the power and purpose of reviews and understands the valñue of submitting previews to as wide a range of media as possible to help ensure the good sized audiences that have helped sustain superb annual prpgrammes for Rochdale Music Society for almost four decades now.

´Our 40th Anniversary Season continues in 2020 with Luka Okras playing piano music by Haydn, Chopin and Rachmaninov on Saturday 1st February at the usual time of  7.30pm in Heywood Civic Centre.

Haydn’s E minor Sonatashows the composer’s growing awareness of the increased range of tonal and dynamic possibilities for keyboard music being composed for the harpsichord or the newly invented fortepiano which was to lead on the creation of the modern pianoforte. Despite its minor key, it is both lyrical and dramatic in very attractive and pleasing ways!

Chopin’s Piano Sonata No. 2 has the well-known ‘Funeral March‘ slow movement. The other movements are equally deserving of being ‘well-known’, of course! As you will discover, if you don’t already know, when you hear them played by such a musician as Luka Okras is proving to be.

The Six Musical Moments (‘moments musicaux’) Op. 16 by Rachmaninovpresent technical and interpretative challenges that might well outface even some of the most accomplished concert pianists. If you are able simply to listen to them being played by such an accomplished artist at the keyboard as Luka, you are blessed indeed. I look forward to sharing with you an evening of pianistic delights. Do come along and ENJOY!´

In case you remained in any doubt at all that this will be an impressive and enjoyable concert, Graham followed all that up woith a facebook message that read,

I did it, and found a remarkable You Tube performance by Luke Ocros that showed him definitely as an artist not to be missed, and I am already jealous of those of you who will get to Rochdale to see a young musician in the transient stages of what will be a long career.

Meanwhile, as we in our Spanish office look forward to including Graham´s review of that concert in a forthcoming Sidetracks and Detours post, we are currently attending a wonderful series of concerts here on Lanzarote that comprise the 36th annual International Festival of Classical Music on The Canary Islands,