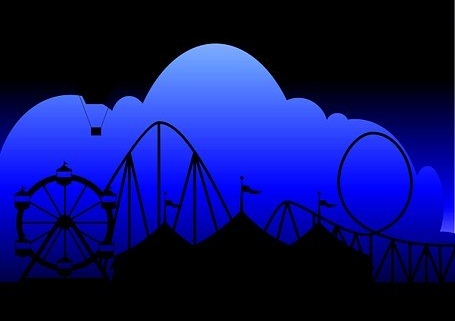 FROM MR. KITE TO CIRCUBA

Elegant tents were pegged on the Rambla Medular in Arrecife with posters plastered all over the city centre announcing that, for almost a month, Cuba´s National Circus was in town. Whatever the old romantic tales might have us believe, becoming a circus artist is not as simple as running away from home to star as a daring young man on a flying trapeze. Nor can any starry-eyed girl simply flee domestic drudgery to join a touring circus company as a ring-rider of silver stallions.

In Cuba, at least, all members of the island´s National Circus have first to complete the academic course work compulsory to all students. Only then will they be considered for a rigorous four year training programme as a circus artist. Under its title of Circuba, the National Circus of Cuba currently employs around twenty qualified artists aged between nineteen and thirty.

Circuba offers ´an invitation to joy and a remedy against darkness and daily stress.´ In fact, the advertising as we entered the tent promised us that we were about to be ´transported directly to the wonderful and radiant island of Cuba.´

It was certainly true that what we saw tonight was a million miles away from the Chipperfields´ or Billy Smart´s circus of our own childhood days. As Dave Davis of The Kinks said in his first, and only solo hit, The Death Of A Clown, ´nobody wants lions tamed anymore.´

So, this was not a circus of wild animals or prancing horses but was instead a more modern circus of aerial work, rope work and trapeze work and of gymnastics and human pyramids as high as those in Egypt. There was a footballer demonstrating Ronaldo´s step-overs and tricks at the speed of light using his digit finger on each hand to spin balls at different speeds. Not a ball was dropped, not a hoop missed as every practitioner in each discipline showed themselves to be so well rehearsed that it all seemed spontaneous. Everything was performed against a live musical and vocal accompaniment, all to those irresistible Cuban beats,

It is too simplistic to bemoan any loss of tradition when those traditions have been replaced by improvements that render the whole show a safer, but still far from risk-free, affair. The big top was still a billowing, striped tent that dominated the skyline, with a bright and colourful entrance way with vendors of candy floss, pop-corn and ice cream there close at hand.

Yes, the ticket-taker photographed on his mobile phone the tickets we had printed out at home after ordering them by plastic card at some anonymous on line site, and although I´m not sure in what way, I am prepared to concede this must signal progress of some kind. These tickets were purchased at an advance discounted price of only nine euros, and would prove to be incredible value.

As we followed a tented tunnel into the arena (a bit like walking down the players entrance on to the pitch at the pitifully named University Of Bolton Stadium where that town´s grand old  Bolton Wanderers play), we noticed that this three ring circus was actually a one ring circus. Tonight there would be no smell of greasepaint either, as clowns do not make-up anymore, but there was likely to be a roar of the crowd as hundreds of people were streaming in alongside us.

A radio announcer told us the show was about to start, and our fellow circus fans burst into a round of applause that was immediately drowned out by one of the loudest blasts of music I have ever heard. The show was staged against this music throughout the ninety minutes duration apart from whenever the strange, child-like, clownish  central character took charge.

He had no words, communicating with audience and fellow circus artists alike, through a weird whistle, so rhythmic that we could almost tell what he was saying.

The problem with me giving you clues as to who he reminded me of is that those clues would be so culturally specific. Who apart from those from the UK would know what a Krankie was? There was only really the UK and Albania would have any idea of what I mean by Norman Wisdom style humour. Maybe even only those who remember Sunday Night At the London Palladium in black and white would know is meant by having a Max Wall walk.

In fact, he was an absolute dead ringer for Cockney comedian Lee Nelson who starred a couple of times on Live From The Apollo which means you’ll be able to catch him throughout the year on repeats on Dave !

This guy, part clown, part narrator (without words) was all those and more. This was a comedy genius worth the price of the ticket on his own. Picking ´volunteers´ (who weren´t) from the audience he cajoled them into making fools of themselves whilst excelling their own expectations, and ours, at the same time. He led them through skipping rope routines that defied gravity and belief and had them doing the moonwalk and Fred Astaire steps as if they had been doing so all their lives.

Throughout this whole circus performance, though, he engaged with their circus artists in their own acts and so he pole-danced, he juggled, he gave a gymnastic routine, was an integral part of the human pyramids and held them together in the same way as he held together the entire evening: with a sure footedness and lightness of touch bellied by his arrogant, cocky, cheeky and seemingly couldn´t care less manner.

In fact he was a consummate professional, as were all his colleagues, ensuring that in the audience candy floss became entangled, popcorn spilled and ice cream melted whilst people sat open mouthed unable to believe what they were seeing on stage.

As Tim Rice and Andrew Lloyd Webber once said, and David Essex sang, ´Oh What A Circus, Oh What A Show.