Blog
You are here: Home1 / Blog2 / AATA3 / BACKWARDS AND FORWARD all across the arts 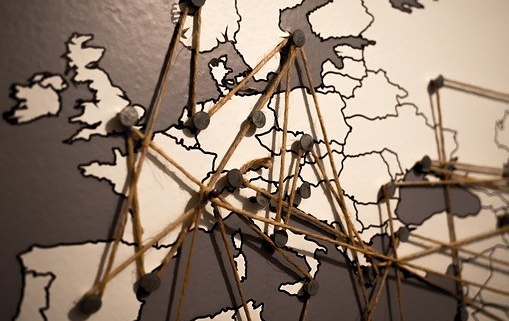 Around this time last year, as I collated a review, for the all across the arts pages on the Lanzarote Information web site, of the myriad arts and culture events that had taken place on the island over the previous twelve months, I was struck by how much my love of the arts had eased our move over here. So many of the arts events we see increase our greater understanding of the past and present of island life, and the greater the understanding we have of the island the deeper grows our love of its arts.

There are plenty of clues about the island´s history all over Lanzarote providing an insight into language and lifestyles preceding the organised religion brought about by the spread of Hispanic beliefs across The Canary Islands in the fifteenth century. These clues can be found especially in those parts of the Lanzarote landscape that have been worked by archaeologists.

Not surprisingly, this beautiful place with its vibrant colours and its strange sense of timelessness has produced many artists throughout its history and their work has been incorporated into the very structure of the island. Stop in at any little church and we are likely to find the religious iconography complemented by the art works of painters and sculptors such as Jose Lujam Perez. Work he produced over the turn of the sixteenth and seventeenth centuries is still on display today, not only on Lanzarote but also throughout The Canary Islands.

However, in the last century, people like Nestor Martin Fernandez de la Torre sought to revive the indigenous Canarian folk art and architectural styles that pre-dated the middle-ages and even today, some artists continue to ensure the old traditions don´t disappear.

Driving around the island it is noticeable how even the smallest of towns seem to have their own little art gallery regularly housing exhibitions by their local artists, often reflecting the tensions of the struggle between old and new ways and the constant negotiation for survival with a yielding but demanding landscape.

I have always felt that the best writers not only reflect the character of their nation but also help to re-shape those characteristics. Certainly the role of writers and poets in the community was a major talking point in the readings, debates and workshops all built into The 2019 Festival de Poesia being held in the Cic El Almacen in Arrecife in January. Writer and communicator Jose Manuel Diez, also known as Duende Josele, facilitated unique blends of poetry, lyric and music illustrating artistic points of view. A Voces de la Isla event staged as part of the festival, with Aleddin Delacroix and Ricardo Flores with Macarena Nieves Caceres, was immediately followed by a poetry reading and although we did not understand anything in a word for word manner we certainly gained an idea of the nature of the debate

It is great to hear about some of these less ‘commercial’ art forms being practiced on Lanzarote, and some villages here, like Haria, with its annual Festival of Circus Arts, have a noticeably ´arty´ atmosphere.

In fact, just up the road from us lies Yaiza, which embraces the arts in much the same way as does Hebden Bridge, a town close to where we previously lived, in the foothills of the Pennines in the UK. The Casa De Cultura, the church and the couple of art galleries in the village of Yaiza are well worth checking out.

The island is still enthralled by the work and attitudes of the late Cesar Manrique, as his work respected the traditional, yet somehow simultaneously shaped the contemporary feel of the island. His Manrique Foundation in Taro de Tahiche sets his work alongside pieces by the likes of Joan Miro and Pablo Picasso. The Cabildo, in fact, has recently been in consultation with its local councils to determine how best to commemorate the contribution made to the island by Manrique. The Cabildo´s plans include work with schoolchildren, introducing them to Manrique´s work and ethos, ensuring that memories of Manrique don´t fade with the passing of older generations.

By the time I moved over here three years ago there was an established attitude in my region of the UK that artists working in the community should be given encouragement and support to create a legacy of their work and the work of others and to use that legacy to create greater understanding and tolerance between cultures and ethnicities.

Contemporary art can also be found in the atmospheric Castillo de San Jose outside Arrecife, that has for the past couple of years overlooked some of the impressive shore line statues of the kind to be found in Playa Blanca´s unique Underwater Museum, (and similar, as well, to the Anthony Gormley installation, Another Place, of a hundred ´tin men´ statues we remember along Crosby beach on the North West Coast of England.) However, in a recent high-cost move that has puzzled many and angered even more of us, The Cabildo (the shades of which recently changed slightly in another hung election), ordered the statues to be excavated and removed into storage. Press releases, poorly conceived, suggested that they detracted from the Manrique image and the late artist should be held aloft (my word) and unique (their word). I ranted, sorry, reported on this in my post of 26th November 2019 entitled Don´t Go Breaking My Art and will be keeping readers updated with developments on this matter.

The artists and the artisans of Lanzarote have perhaps always worked comfortably together to each complement the work of the other. Certainly the island has museums that reflect the work ethics that enabled the islanders to hone a living from the land and to recover from the volcanic eruptions that so altered its landscape. There is an Agricultural Museum in Tiagua and a Farmers´ Museum in Mozaga and there is also the often overlooked International Miniatures Museum in Haria, In San Bartolome and Arrecife, in Teguise and on Timanfaya there are informative and surprising artefacts on display.

I also love the way the ancient and modern sit side by side in the song and dance that is Lanzarote. The imported Latin rhythms have evolved into contemporary Salsa that somehow remains in step with the old Andalucian dances.

Battling with traditional and contemporary dance music for a place on the arts scene are classical music concerts. We have been surprised at how well attended have been the several such concerts we have seen over here, and have been even more amazed at the quality of the playing. How such a tiny island and a small population can develop so many wonderful players is beyond me.

It is tempting to think that the island displays fewer temptations to distract aspiring musicians from their practice than do the nightclubs of the UK but surely the landscape itself urges a player to put away his instrument and simply stand and stare?

Various musical instruments have long been played here, including the Timple. This strange, seemingly miniature, five-string guitar accompanies many traditional dances, often being complemented by the playing of castanets.

In fact Lanzarote feels like a living and breathing arts museum and a school of contemporary arts all woven into one. It has inspired artists like Manrique to creative and innovative heights in many diverse fields, and offers inspiration and encouragement even to virtually unknown but aspirant writers like me.

Having worked as a poet and writer in the UK for all my adult life I am particularly interested in those who have created the literary landscape of Lanzarote. Any writer has to travel to inform his work, shape his perspectives and find his readers and many scriveners who began their careers on their birth place of Lanzarote similarly had to relocate to mainland Spain to achieve commercial and critical success.

Lanzarote lauds its present day writers, though. Poets recite their works occasionally at festivals and at library readings and also at gentle al fresco events such as the one we saw delivered by members of Teguise Library at the town´s El Patio bar last summer. These were Spanish speaking writers but there was, in fact, an ´English´ creative writing group, too, that met weekly in Costa Teguise, for several years until 2019, when its facilitator, Sea Almond, retired back to her UK roots.

One writer still celebrated here, even after his death, was actually Portuguese. Jose de Sousa Saramago, who was awarded the Nobel Prize For Literature in 1998, died in Tias in 2010. The town is now home to a sculpted tribute to this man who became its adopted son. His often allegorical works took a unique and slightly subversive view of historical events, and his house has been converted into a museum with a library, garden and olive trees.

It was our son in South Korea who brought José and his work to our attention, however. Andrew has not yet visited Lanzarote but he was researching his mum and dad´s new homeland when he came across the writer´s work. He immediately Skyped us to tell us all about the award winning writer, having read some of his words on-line. This provided me with another of the countless pieces of evidence that confirm the saying (by American singer Hugh Moffatt) that ´we must intend what we write for light years of travel´.

That the work of a deceased Portuguese writer who lived on Lanzarote should come up in a discussion between English father and son exiles, one living in Asia and the other here on Lanzarote, is surely a good example of arts on their journey of light years of travel !

Only recently, though, did Dee and I manage to visit the wonderful house, now museum, that was one José Saramago´s home, and you can read our report on the fascinating venue in my next post on Tuesday 10th December here on https://aata.dev/

It is wonderful to be so inspired to start writing but it can be frustrating to be so inspired that you cannot then stop writing. This time last year I thought I had completed the text of my next book, called A Life Lived all across the arts. However, there was such a plethora of events here to report on in 2019, offering such scope for compare and contrast with the UK events that comprise the body of the book, that I have, of course, run beyond my self-imposed deadline. (although that at least temporarily deferred my fear of any rejection slip likely to follow its submission to publishers!)  To be honest this Sidetracks And Detours blog, with its twice weekly posts, now serves instead of the proposed book.

No rejection, therefore, will ever slip through my letter box, and I can kid myself that thousands of you hang on my every word each week, twice, and that none of you ever turn off or unsubscribe. Ah, ah, don´t even think about it !

Instead, please look in again on Tuesday to read about our visit to a casa museo JOSÉ SARAMAGO.