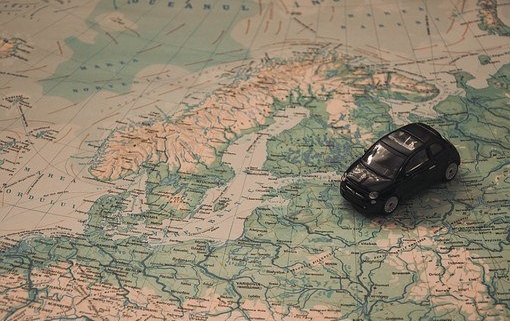 HOW WE GOT HERE FROM THERE

I spent the first half of what I laughingly call my ´career´ in the UK, writing songs with my musical partner Colin Lever. Calling ourselves Lendanear we played the folk circuit in the North West of England and recorded three folksy / country-ish contemporary albums. We wrote about fifty songs together, a couple of which were recorded by other artists, both in the UK and in America.

Colin now is retired on Jersey and has this month issued a new selection of our old songs and even of a few we never released and some we never even recorded. The songs are on Bandcamp now, under our original name of Lendanear, and will soon be available, too, by a new web site Colin is designing. We wonder whether anybody today will actually Lendanear. Nobody ever did back then!

With my love of country and folk music and of singer songwriters in general I also worked as a freelance journalist submitting to independent fan magazines and promoters that served that industry, like Stillwater Times and Stampede Promotions. In that capacity I was thrilled to meet writer-musicians and secure exclusive interviews with some I constantly listened to and who were heavily represented in my record collection.

To meet with artists from the States such as Guy Clark, Townes Van Zandt and John Stewart, and then publish those interviews, as well as my reviews of their live shows and recordings, was a fantastic feeling. To ensure there was an outlet for my copy I even started to publish my own independent titles, available on mail order, and those two magazines, Sidetracks and Detour, decades later gave me the name for the blog I recently launched.

During that same period I wrote Memoirs From Bedlam a biographical case-study of an eccentric, local businessman, and when all that seemed to have run its course, I went to University as a ´mature student´ to study English Language And Literature.

And, yes, I know that uni and a full career would have been a better progression than half a career and then University.

Three years of study, though, massively reinforced my love of Robert Frost and Dylan Thomas and also introduced me to the works of Raymond Carver and Cormac McCarthy and to books like The English Patient by Michael Ondaatje. Somehow, though, the more I learned about literature, the less I knew. In the words of a great song by Johnny Nash there were suddenly ´more questions than answers.´ I´d like to borrow the title of that song to say that I Can See Clearly Now, but I´m not sure that´s true.

Strangely, though, I was always aware of Wordsworth´s line in The Tables Turned that ´we murder to dissect´ and I have always fought hard to not let any search for wider knowledge and deeper understanding of literature reduce the awe that great writing inspires in me.

It was, in fact, a totally unexpected outcome of this somewhat belated University life, that I learned it was ok to get lost in my own writing. I had, until then, thought that I had to write from A to Z  providing solutions but those of you (if any) who might have read some of my work will know that, rather than giving answers in a linear narrative, I instead seem only able to ask questions in a scattergun fashion.

In acquiring my degree at the age of fifty, I realised that my younger, highly academically qualified cousin had been absolutely right when warning me it would have no intrinsic value. I have, nevertheless, been incredibly fortunate to since enjoy a wonderful working life as a ´community poet´ and creative writing facilitator. After founding a working duo, Just Poets, with a new writing partner, Pam McKee, I found myself working in schools, galleries, theatres and community groups all over the North West. We were retained by an organisation called Artists In Schools and so became part of a curricular add-on for primary and secondary schools throughout the North West of England.

We also worked regularly with local authorities, library services, and the NHS and were commissioned to create poetry for all sorts of special and commemorative events. We also took every opportunity to collaborate with artists in other disciplines and so wrote poetry to accompany visual arts, and worked with musicians to, for example, write with children to create a musical biography of Comfort Tiffany at a museum where much of his work was on permanent display.

When Pam retired I nervously delivered my first solo project with a local High School of Performing Arts, who were about to undertake an ambitious theatre production to re-launch after a re-build. I worked for a term facilitating ten pupils aged fourteen to sixteen to become a journalistic team, providing The Rochdale Observer with a weekly page of photographs and news, previews, interviews and reviews about the progress of the re-build and the students´ approach to the forthcoming performance. Those pupils eventually left school after twenty six weeks of delivering two weekly pages of 650 word articles, to word count, to deadline and proof ready. Not only did they learn important literary skills but also equally essential soft life skills such as politeness and punctuality and attention to detail.

After that initial period, The Rochdale Observer allowed me to continue the page and I did so, under the title of all across the arts that we had employed with the Performing Arts class. Over the next few years I also served as publicist, interviewer and host for the annual Rochdale Literature And Ideas Festival. I was fortunate enough in this capacity to interview, live in front of an invited audience, the likes of actor Kevin Kennedy, poet Roger McGough and the political spin doctor, Alistair Campbell. The page regularly included interviews with politicians, actors, painters and writers and poets like Ian Macmillan, Anne Cleeve, Denise Greenwood, and comedienne Helen Lederer. These exclusive interviews were then frequently adjusted to word count for our all across the arts pages and were occasionally played in full on our weekly all across the arts programme that I co-presented on Crescent Community Radio with jazz broadcaster Steve Bewick.

We collated a small group of occasional contributors to the all across the arts page, including local poet Eileen Earnshaw, Jenny Roche, who will be known to some readers as a Writing Magazine contributor, of course, and young science fiction writer Louis Brierley, currently studying at Manchester University whilst his literary agent negotiates with prospective publishers for rights to his five already completed novels! Louis certainly showed himself to be already fully professional in his respect for content, word count and deadline and we always found him a reliable correspondent.

The Manchester Evening News Group syndicated our all across the arts page to The Rochdale Observer, The Heywood Advertiser and The Middleton Guardian and was still doing so several years later when I retired here to Lanzarote. I left everything in the capable hands of Steve Cooke, who had followed Robin Parker as my partner in the writing of the page. Steve still produces the page each week, and has also established a small arts organisation called Stories We Could Tell based on a project we ran together, with Vibe Music, working with disenfranchised youngsters in my final few months in the UK

Almost immediately on arriving here in Lanzarote I joined the weekly meetings of the Lanzarote Creative Writing Group. Having facilitated several such groups for many years over in the UK, most notably Touchstones in Rochdale and Write Now in Blackburn, I was afraid the transition from ´teacher´ to ´student´ might prove a step too far, but Sue Almond, the organiser of the group, made me really welcome into a very friendly collective of like-minded people.

Sue would occasionally invite published authors to speak to the group, and I took the opportunity to interview novelists like Isobel Blackthorne, a writer living in Australia but who was on Lanzarote to promote a new book, The Drago Tree, a novel set on the island, that also somehow served as a travel guide. I also interviewed writers like the Austrian feminist novelist, Karen Ricks, and Stan Arnold, like me a retired guy from England, who had set a series of three novels in the British pop scene of the sixties.

Those interviews appeared on the group´s Writers´ End blog and on the Lanzaarote Information web site, https://lanzaroteinformation.co.uk/ as well as in an audio format on local English speaking radio stations here on the island.

I have also worked as a consultant to LCWG member Jim Loughrill on his forthcoming book, My Silent Voices, in return for his help with the practicalities of establishing my blog.

After four years here on Lanzarote I feel firmly settled and I am still operating as a freelance weekly contributor to the Lanzarote Information web site, under my original all across the arts UK strap line of ´news, interviews, previews and reviews.´ I have now written for the island-based site for a number of years, delivering positive reporting of the vibrant arts scene over here, as I had done about a similar scene in Rochdale.

Writing for Lanzarote Information often leads me down happy trails trying to establish platforms for some of the artists who ask for information. I am currently exploring opportunities in the education system over here for a classical pianist who has created a unique workshop that would complement the curriculum and provide transferable life-skills and there is a UK based Opera Company hoping to organise a working tour over here, that would see them collaborating with school children and those students at our musical academy to deliver a performance of The Pirates Of Penzance.

All this has seen me acquire so much archive and interview material that I have recently launched these Sidetracks And Detours postings to this all across the arts blog to complement my continued writing for Lanzarote Information site. I feel confident that a slow exploration of the Sidetracks And Detours that lead me to classical music, folk lore music and dance, theatre, drama, comedy, poetry readings, food fayres, artisan markets and visual art galleries may allow me to take a more leisurely yet more forensic look at the arts and reach a wider, discerning audience. I might not have put much cash in my coffers but I have regularly paid into a wealthy memory bank.