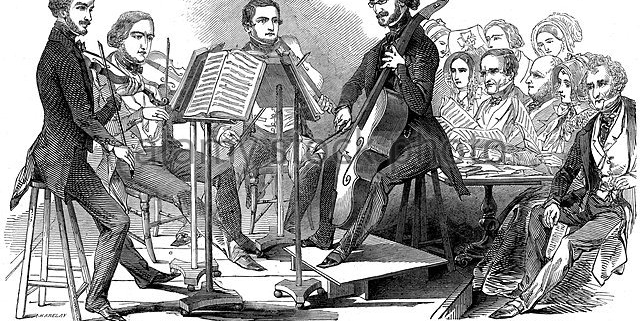 all across the arts regularly receives news items form Graham Marshall who does so much good work in publicising the RMS and who was particularly helpful to me when I was covering their events for a period of three or four years for our newspaper pages and radio programme. His musical career began way back in the sixties as conductor of the Durham Colleges Light Opera Group. In that period he also undertook roles as post-graduate research scholar, and part time lecturer, at University Of Durham Music Department. He was organist and choirmaster at St Mary le Bow In Durham and served as parish Priest in various places from 1965 to 2002 and was involved with Manchester Cathedral for several years. He has chaired several Church of England Primary School governing bodies and was the founder in 2002, and has been musical director of ever since, The Rochdale Light Orchestra. He is still an active composer and arranger of music in several genres and is currently Vice Chairman of The North West England Composers´ Association.

all across the arts reckon that, as someone with such a lengthy and varied past in classical and orchestral music he is perhaps better qualified than most to consider what the future might hold for that type of music, and so we prompted him with a few questions.

´From solo pianists to full symphonic ensembles, the range of musical expertise and artistry brought to venues in Rochdale has been tremendous, enriching the buzzing musical atmosphere in the borough with some of classical music’s particular secret ingredients,´ Graham summarised.

To hear a word like buzzing in the context of this kind of music might surprise those who perhaps thought they might not enjoy such events because of their own perceived lack of the required knowledge and understanding of the music, instruments and composers, but Graham would reassure those people.

´You need not have been a musically trained enthusiast to enjoy the wizardry of some of the acclaimed pianists who have delighted audiences with their performances of Mozart, Chopin, Fauré, Debussy and more modern composers for that fascinating instrument we’d all like to play. Nor even would musical training have been necessary to have enjoyed the performances of trios, quartets and other examples of combinations of instruments for which composers have written music of great beauty,´ insists Graham.

He would remind us, instead, that ´music-making, for listener as well as performer, is one of those activities which somehow can reach down into the depths of human emotion and feeling.´

It is certainly true that I have always felt somehow under-qualified to fully enjoy the kind of music to which Rochdale Music Society gave me my first live introduction. The truth is, though, that I loved what I heard and now regularly attend, and review, classical concerts here on Lanzarote. I can usually hum along with a piece of music despite being unable to name it or its composer.

Graham doesn´t feel any further in-depth knowledge is required to enjoy this music.

´A mind open to its mystery and magic would have sufficed to find yourself filled with the sense of wonder to be enjoyed by simply being there to listen as the many rich musical offerings which the Rochdale Music Society has made were laid open to your ears.´

As a jobbing poet and writer I like to consider myself as adventurous and challenging, but I am aware that the truth is I can often be stubborn and resistant to change.

All this Spotify, Soundcloud, Bandcamp stuff leaves me slightly ill at ease about the future of music that might not be seen as mainstream, Graham knocks that fear over with a feather, too.

¨During the last decade it has become clear that music-making of every kind has been undergoing a radical change for quite some time,´ he admits, before pointing out what then sounds like the blindingly obvious.

´With the advent of computers and the expansion of the world of digital sound production and reproduction in the second half of the last century the possibilities for enjoying every kind of music, as a purely armchair listening experience, have become seemingly limitless.´

The point he is making there, I think, is that we all now have access to such a wide range of genres and styles that we can create our own mainstream music and can learn more about it. In speaking of this profusion of opportunity, however, Graham sees one potential downside.

´It might well be the case that within a generation or so the traditional ‘concert’ performed by live musicians before live audiences will be considered redundant,´ he considers.

´I hope not. But is it already true to say that almost everything to be achieved by promoting ‘concerts’ can be experienced at home with the use of the right audio equipment,´ but even as he says this  he laughs at his own use of the word almost.

´Yes. Almost. But not all, by any means! I cannot see how the immediacy of a ‘live’ performance will ever be reproduced in the privacy of our living rooms, no matter how sophisticated the equipment. Since music is a form of communication, it has shared human activity written into its very constitution as an artistic endeavour. Composers do not write music just to satisfy their own need to have internal dialogue.´

´They notate their musical images in some way so that they can share their insights with other people. Musicians do not play their instruments just to satisfy their own need to achieve technique. At some point they want other people to enjoy what they can transmit by playing ‘out loud.’´

That all sounds like Graham is hopeful for the future of the performing of live classical music to mass audiences.

´I’m sure that the vast assemblies of fans in the arena at pop music festivals is a good pointer to this fact:´ he says, ´that people want people to ‘be there’ when the message of their music is being proclaimed, and when it is, other people want to be there to hear it.

So, long live the live performance of music! It is, however, an increasingly expensive venture. It could go without saying that musicians have to be paid enough to live on, and that suitable venues are needed in which they can be paid to perform. Such venues cost money to hire, though they do not have to be outrageously overpriced any more than musicians need to be overpaid.´

Since moving here, to Lanzarote, I have seen how the cost of classical music concerts on Lanzarote is kept low by government support.

´The trustees of the Rochdale Music Society continue to make it their job to try to provide the best in live musical experiences at the most reasonable rates,´ Graham reminds me. ´They hope to be able to go on doing so for many generations to come. Nevertheless it would be foolish for them to look to the future without trying to ensure that the Society can continue its ‘mission’ with reasonable assurance. In the past there have been numerous individuals and businesses who have underwritten the cost of particular concerts or the artistes or the concert venues and so contributed greatly to its success. It would gladden the hearts of the present trustees if there were to be some today who would do the same!´

Joe Dawson was educated at Rochdale Grammar School and Manchester’s Royal College of Music, College of Education and University. He held senior positions in schools and colleges for over twenty years and through the 1980s was founder-MD of Rochdale Amateur Orchestra. He now teaches singing, piano and theory privately, organises Rochdale’s weekly Music At Lunchtime events and continues to be an active musician. An original subscriber to Rochdale Music Society he has also reviewed almost every concert since 1988 as Music Correspondent to the Rochdale Observer. By way of distraction he studies Law and English with the Open University.

The Rochdale Music Society has always been blessed by a loyal fan-base and a hard working committee and membership, and I well recall the tireless Dorothy Greaves, and the Society´s web site at

https://rochdalemusicsociety.com/ acknowledges how important was the past work of the likes of Joseph Fitton, Arthur Kershaw and Rhona Bennett Pointon.

Rochdale Music Society would seem to be still in safe hands under  the guidance of Chairman Shirley Mitchell and Vice Chairman Ann Ashworth and with the likes of Graham, Dr. Joe, and Secretary Gill Dyson. They and their fellow committee members all serve as voluntary trustees of Rochdale Music Society and are a visible presence at the concerts.

Particularly busy at these events is David Woonton, the Treasurer, who can always be found shuffling the money and counting the tickets. He is a huge jazz fan as well as a classical music lover and was a fascinating guest on my all across the arts radio programme although that must be nearly ten years ago now.

As Treasurer, David would be delighted to hear from anyone whose concern for the Society’s future could be expressed in terms of financial support of this kind. His contact details are on the web site, a place worth a visit anyway, to read of some of the concerts of the past.

A recent performance by a seemingly unlikely duo of Maya Irgalina on piano and the incredible Abel Selaoco on cello provided what one reviewer labelled as ´life-enhancing moments´ and Zelkova brought with them what was called a ´whirlwind of Bohemian dance.´

With four decades of such events behind them the Rochdale Music Society is now into the delivery of its fortieth anniversary season. Exciting, vivid posters and fliers, (as shown on this page) will be all over the place in Rochdale and many of my old friends in the area will be attending the season´s shows. Any of them reading this who might care to send me a review for these pages will immediately move higher towards the top of my Christmas card list, alongside any readers of this blog who submit reviews of any gigs they might attend.